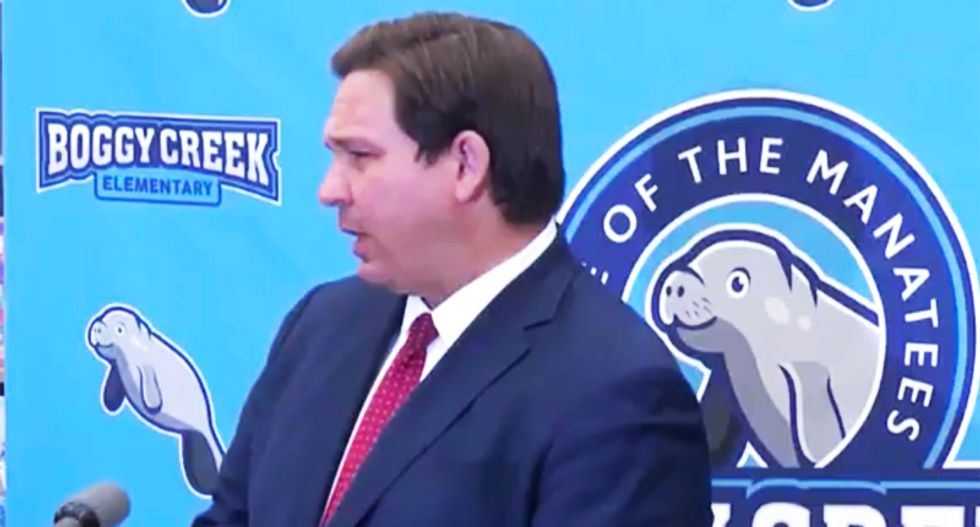 With Florida Gov. Ron DeSantis (R) adamantly refusing to issue any mandates protecting public health as the coronavirus pandemic swamps his state, the mayor of Miami Beach went on CNN to call the governor "dangerous" because he is listening to "fringe" scientists who are dismissing the danger.

Noting that Florida was expected to break 1 million COVID-19 cases on Tuesday, Gelber said, "It's really terrible because he's sort of adopted an ideology, a convenient ideology, but not one grounded in science. And the result is that he's been receiving advice from these fringe scientists and doctors who pursue the wrong kinds of theories on how to deal with this and the result is that we have virus spread throughout our state. We've had 100 people check into the hospital each day in the last two days in just my county alone and over 18,000 people have died in our state. So he's wrong and he just won't change direction to the detriment of our residents frankly."

"You wrote a letter to Governor DeSantis in October and you accused him of allowing the virus to spread throughout the community to achieve what you described as a dangerous version of herd immunity," Sciutto pressed. "I wonder if you believe his decisions recently have borne that out, in your view?"

"Absolutely, " Gelber shot back. "Listen, it's really not an accusation, Jim. He's only referred -- he's only counseled with Dr. [Scott] Atlas and these two other physicians who pursue this kind of fringe herd immunity. He's not talked to Dr. [Anthony] Fauci, he's not talked to local infectious disease experts. He's gone to the folks most convenient and follows the ideology he wants to follow and the results are he is pursuing it. He opened our economy entirely in a single day and then at the same time said that local governments can't issue fines for failure to wear masks -- he did the worst of all worlds. He said go ahead and get out there but we're not going to let you protect people from the spread of the virus."

"What Governor DeSantis is doing is not simply not helping us, he's doing the opposite," he continued. "He's telling people they don't need to wear masks. I get emails every day, angry emails from people saying 'why don't you listen to the governor? Why are you forcing us to wear masks, why don't you be quiet?' That's just dangerous, frankly. Especially since all of the credible science says that mask usage is the best way to protect yourself and, in fact, to open up the economy safely."