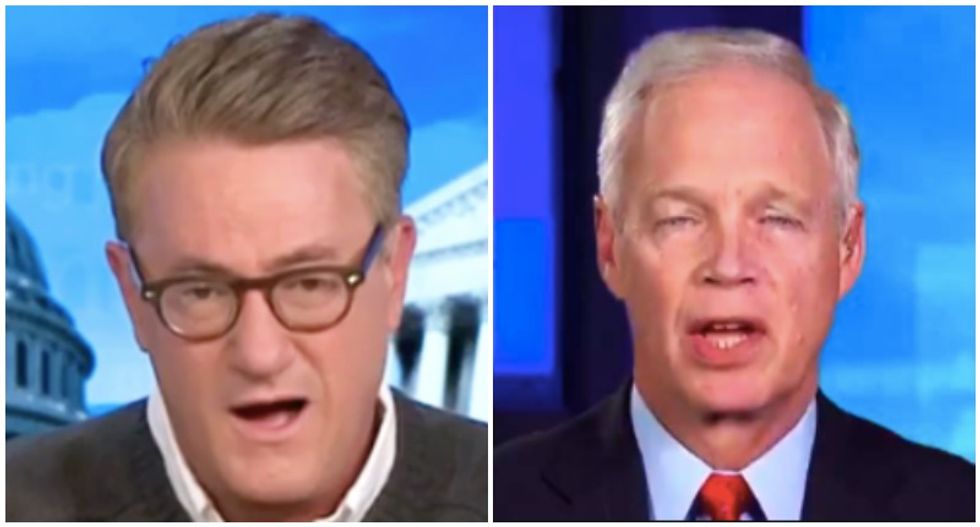 Attorney General William Barr announced the Department of Justice had found no evidence of voter fraud, as President Donald Trump has claimed, and Johnson called on Barr to "show everybody" the proof that the election had not been stolen.

"The man Guinness Book of World Records has called the dumbest senator to ever be sworn in in this constitutional republic," Scarborough said. "I'm speaking, of course, of Ron Johnson, who said that William Barr must show his evidence that he has no evidence."

"'Mr. Attorney General, you must prove a negative,'" the "Morning Joe" host added.