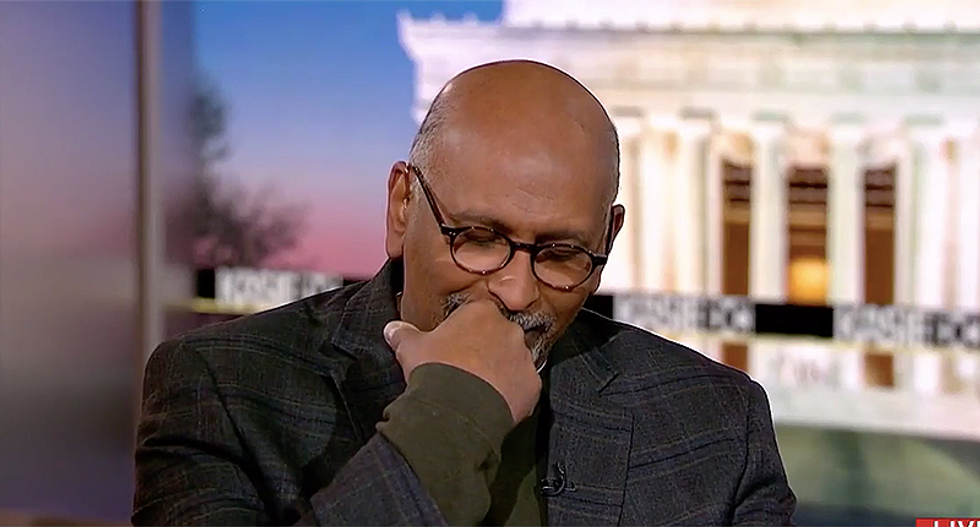 So far, Trump has raised $170 million in a month, his most massive fundraising haul yet. He's telling his supporters that they can make a difference and take the presidency back from Joe Biden, but the harsh reality is that a whopping 75 percent of the funds go to a political action committee that funds whatever Trump wants. The other 25 percent goes to the Republican National Committee.

According to MSNBC host Joy Ann Reid, "a donor would have to give $5,000 to Trump's new PAC before any funds go to his recount account."

"Donald Trump is just openly using the White House as the backdrop for his infomercial," she continued. "But he's always doing the same thing, right? You know, I interviewed people when I wrote the recent book I wrote about Trump, and they said they didn't think he was going to win. They thought it would be great marketing for his hotels to run for president. He's been using his presidency to suck money out of foreign diplomats. People with him are in on the scheme."

She noted that their fundraising schemes are about shaming their donors into giving and citing retired Lt. Gen. Michael Flynn, who said this week that it's time to institute Martial Law and overthrow the government in a military coup. Trump ally Sidney Powell has been filing "these loopy, nutsy, cuckoo lawsuits," Reid described, citing the legal arguments filed with multiple spelling mistakes and factual errors.

"I'm not going to argue with one bit of that," said the former Republican chair. "The great little dirty party of this is Donald Trump right now, Joy is raising money at a faster rate, to sort, of steal the election than he did when he was trying to win the election. And that's what people need to understand. He's raising more money now than he did when he was actually running for the job that he's now trying to say that they stole from him! So, look, the grift is on, baby!"

He said that anyone who wants to be a sucker and send Trump their money is a "sucker" because it isn't going to a recount or any election litigation. It's going to Trump's PAC.

"And this is important, allows him to go out and do political stuff unrelated to the recount," said Steele. "So he can hire staff. He can put expenses into airplane travel and all. He's setting up how he's going to pay for his post-presidential life at the taxpayer expense today."

See the full discussion in the video below: