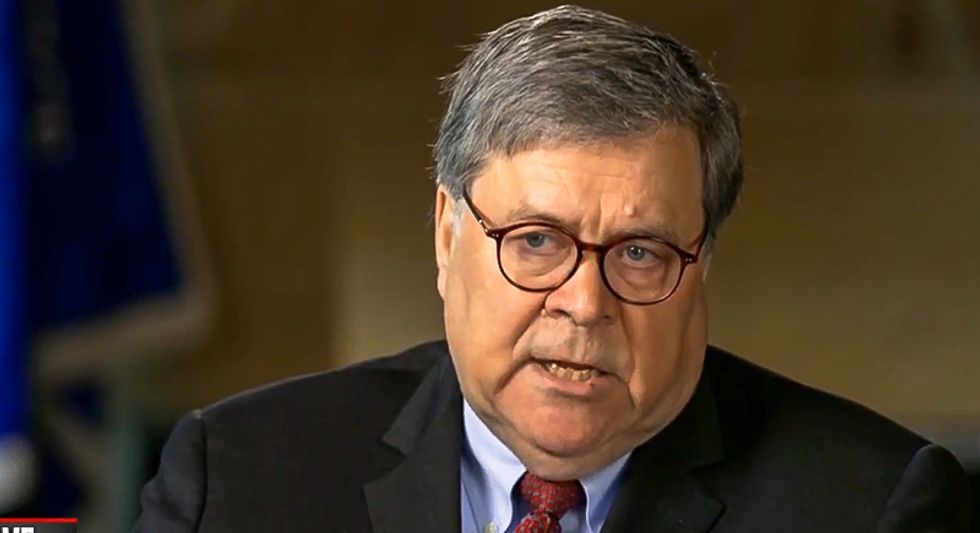 The announcement, and the accompanying resignation letter from the attorney general offering effusive praise of the president, sparked immediate reactions from legal minds on social media.

"Not a single career prosecutor at DOJ will miss Bill Barr," tweeted former Alabama U.S. Attorney Joyce Vance, adding that, "Barr’s 'letter of resignation' characterizes the Trump administration’s 'accomplishments' as accurately as his summary of the Mueller Report characterized the results of that investigation."

Rep. Ted Lieu (D-CA), a former military prosecutor, had yet another scathing assessment. "Attorney General Bill Barr misled the American people about the Mueller report; intervened in cases to protect the friends of @realDonaldTrump; and used the @TheJusticeDept as Trump’s personal law firm," he tweeted. "History will not be kind to Bill Barr."