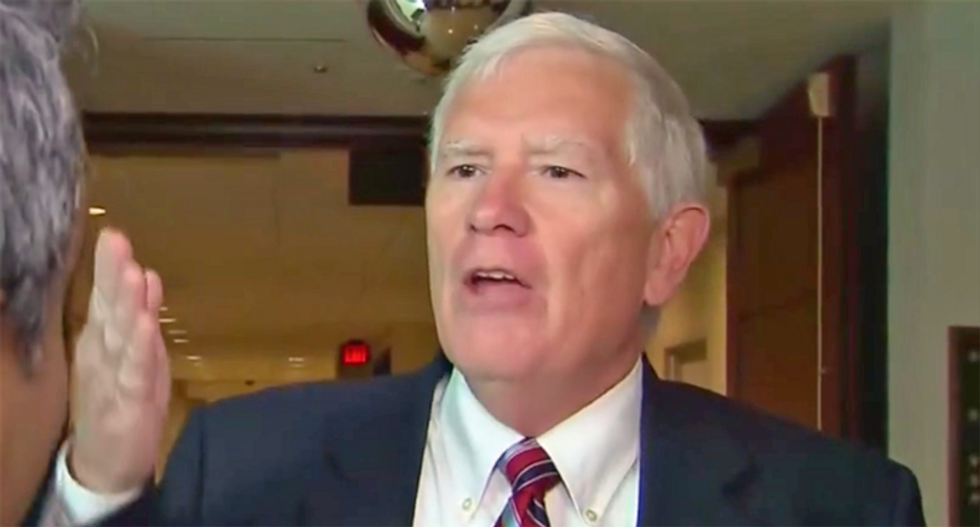 At the end of last month, Rep. Mo Brooks (R-AL) announced he would be pushing for Congress to reject the results of the Electoral College vote — and called on his colleagues to join him.

According to the Alabama Political Reporter, Brooks is citing an 1880 law that would allow a joint session of Congress to deny certification: "The joint session to certify the results would then be suspended and each House would go back into their own session to debate and vote on the objection. In theory, the election would then be voted on in the House of Representatives on a state-by-state basis with Alaska and Wyoming each having one vote just like the much more populous California and Texas."

But, said the report, there is a huge obstacle that could stop Brooks' plan before it even begins: "To advance, such a plan requires a member of both chambers. To this point, GOP senators have been dismissive of Brooks’s plan."

Sen. John Cornyn (R-TX), for example, called the certification vote a "formality" and added, "we have to respect the judgment of the American people, the voters." And Sen. Mike Braun (R-IN) said "if there’s not enough other stuff in place I doubt that would be a maneuver that would seem to work." Even Sen.-elect Tommy Tuberville of Alabama, a fellow member of Brooks' congressional delegation, hasn't voiced support for the idea.

"Brooks has accused Democrats of election fraud and more recently has accused undocumented immigrants and other non-citizens of voting," said the report. However, "There is no evidence that undocumented immigrants voted in the election, nor is there evidence of widespread voter fraud or other types of voting irregularities that could have impacted the results of the election in any state."