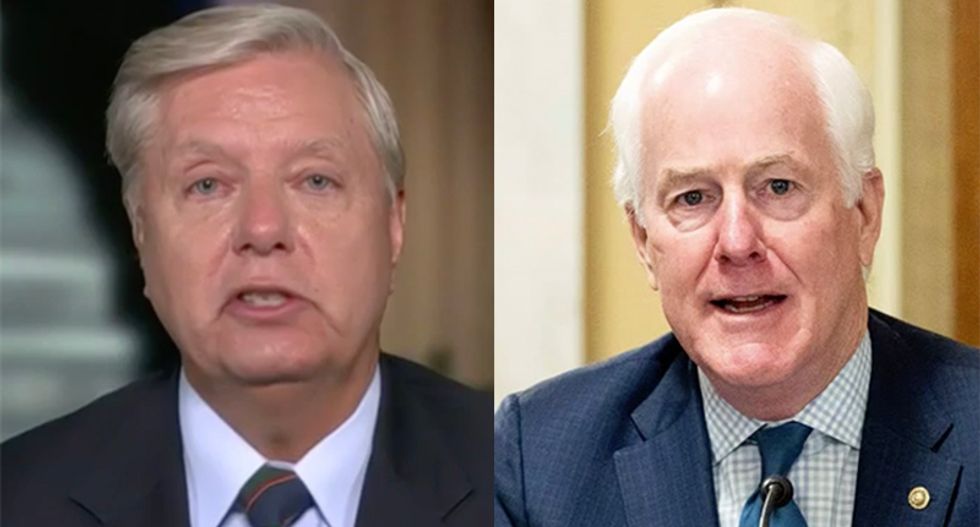 On Tuesday morning, the panel on MSNBC's "Morning Joe" expressed both amusement and disgust with Republican lawmakers who are claiming one of President-elect Joe Biden's nominees may have a tough time being approved because she has a history of writing "mean tweets" about their actions and policies.

As host Joe Scarborough observed, those same lawmakers just spent four years either defending -- or pretending they were unaware -- of Donald Trump's habit of slurring and attacking his opponents or detractors on Twitter.

At issue are tweets that were written by Neera Tanden who is currently president of the Center for American Progress and has been nominated by the incoming president to head up the Office of Management and Budget.

According to a report from the Daily Beast, Tanden has reportedly been deleting tweets that were critical of senators who will soon vote on her nomination and that has fired up Republicans looking for an angle to attack a Biden appointee.

Citing an article written by political commentator Andrew Sullivan during President Bill Clinton's presidency titled "The Death of Shame," Scarborough explained, "My God, they were straight shooters compared to these guys. It is really, it's breathtaking that anybody would talk about tweets coming from a Democratic nominee after these people have forgiven or dismissed the president of the United States tweeting the most horrific attacks, the most horrific insults imaginable."

"This is the trap they set for themselves for five years, ignoring the tweets, pretending that that stuff doesn't matter," co-host Wille Geist chimed in. "Now they have surrendered the right to be offended by what people say."

Following MSNBC contributor Mike Memoli providing some background on Tanden, Geist added, "To be outraged by tweets is beyond rich after five years of them looking the other way, as President Trump right now -- probably right now as we speak -- is in the midst of tweeting a lame coup to overturn a presidential election."

Two members of a pro-heterosexuality group known "Super Fun Happy America" were arrested this week in connection with the violent insurrection at the U.S. Capitol.

Massachusetts residents Suzanne Ianni, 59, and Mark Sahady, 46, were said to have been taken into custody at their respective homes without incident.