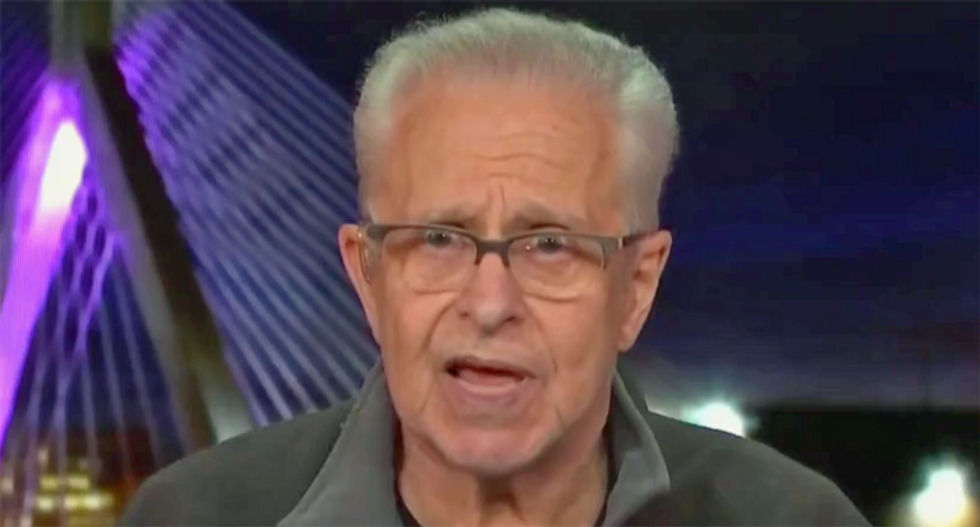 On Monday, speaking to Fox News, senior White House adviser Stephen Miller said that the GOP plans to hold votes for their own set of "electors" in multiple key states that voted for President-elect Joe Biden — something that has no basis in law, since the states have already been certified.

Speaking to CNN's Erin Burnett, Harvard Law professor Laurence Tribe slammed the stunt — who said it was not only meritless, it was bringing the nation closer to political violence.

"I mean, this is completely made up," said Burnett. "They may be doing it, right? But it's a completely made up thing. They're getting broadcast to millions of people who are hearing this sort of thing. Put it to rest."

"Erin, many of them are armed and dangerous," said Tribe. "What these people are doing — Stephen Miller prime among them — is stirring up violence, the kind of violence that required special protection for the electors in the state of Michigan. They are inciting violence. They are engaged in, essentially, sabotage."

"Yes, January 20th is the date in the Constitution, but well beyond the 20th these people are going to be out there, whether it's Mar-a-Lago or somewhere else, encouraging the sort of armed rebellion to kill people," continued Tribe. "And I think that's a scary thing, not just for democracy but for the people who want to go on with their lives. We've got a terrible pandemic. We have an economy in shambles as a result of this president's failure to deal with the pandemic. We have a new president, a new sheriff in town ... and in the meantime these sore losers are out there trying to stir up violence. It's really a sad day for America. And yet a happy day because democracy has prevailed."