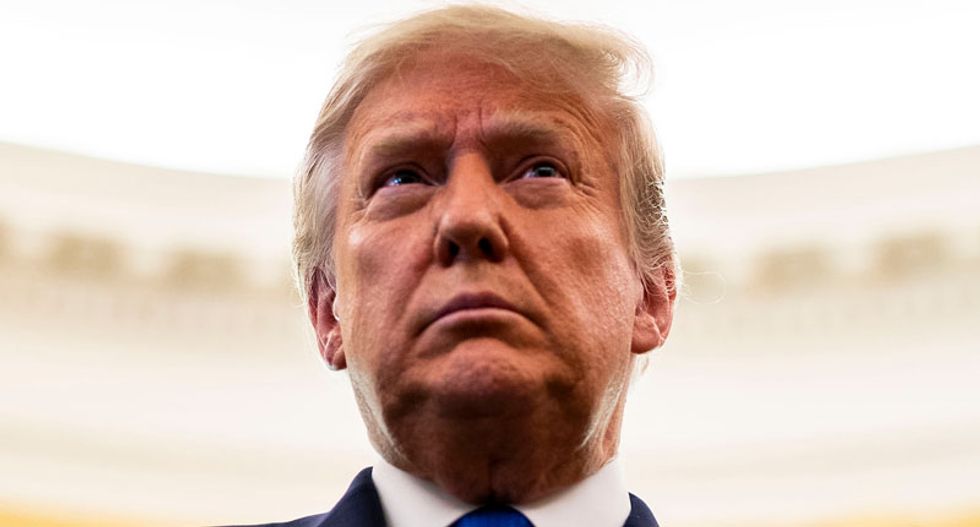 According to a report from Bloomberg, a White House official who contracted coronavirus in September is recovering after spending three months in the hospital -- and having his right foot and lower leg amputated due to the virus.

"Crede Bailey, the director of the White House security office, was the most severely ill among dozens of Covid-19 cases known to be connected to the White House," Bloomberg reports. "Bailey’s family has asked the White House not to publicize his condition, and President Donald Trump has never publicly acknowledged his illness."

A GoFundMe for Bailey's recovery has raised over $30,000, although it's not known if President Trump contributed to the effort.

“His family has staggering medical bills from a hospital stay of 2+ months and still counting in the ICU and a long road ahead in rehab before he can go home,” the fundraiser's organizer Dawn McCrobie wrote on November 13. “When he does make it home there will be major changes necessary to deal with his new, and permanent, disability.”

Bailey will be fitted for a prosthetic leg in the coming months.