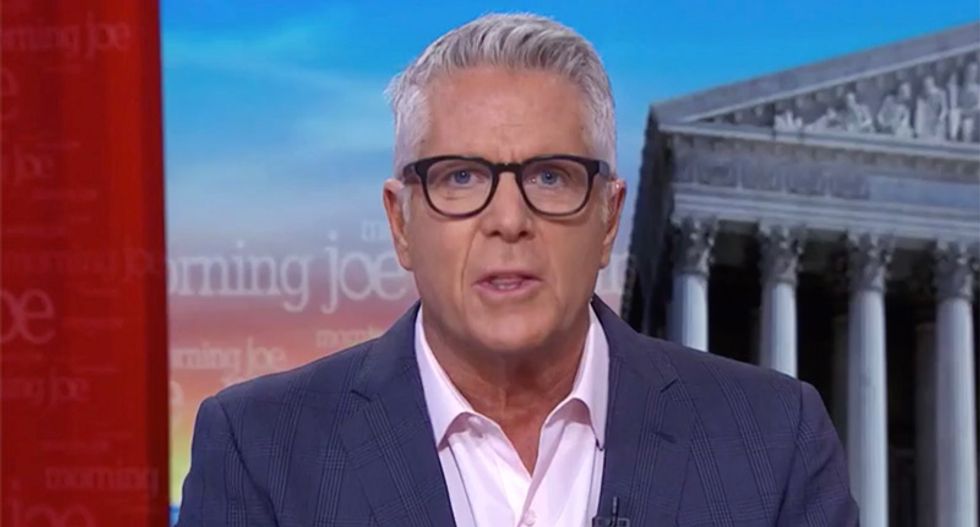 MSNBC's Donny Deutsch said President Donald Trump has already lost his grip on the public consciousness, and he'll quickly fade from view once he leaves the White House.

The "Morning Joe" contributor said Trump will leave next month, and he doesn't believe that he can maintain his stranglehold on the media after he stops being president.

"He will leave and, you know, I'm going to quote Karl Rove, which I often do," Deutsch joked. "I have Karl Rove quotes next to my bed. You know, America doesn't like a sore loser, they like a comeback story, but something in our culture, who we are, what we're about that a sore loser is kind of the bottom of the food chain. I think that's going to stick with Trump."

Trump has lost six points in his approval rating since the election, but Deutsch said candidates tend to gain a little support, ironically enough, after losing.

"Trump has gone backwards, and I think this kind of sore loser whiny little -- I'm going to use a word, I'm not going to use, because I won't be able to be on the show anymore -- but sticks with him," Deutsch said. "As the vaccine gets into people's arms and as the economy continues to grow, I think it will continue to stay strong. As we are dealing with a little peace as opposed to chaos, I think Donald Trump will be a moment in time."

"I don't think Donald Trump is permanent," he added. "I don't think Donald Trump is the future of the Republican Party. I think he will go back to that kind of like maggot-infested place he was in, like the P.T. Barnum circus reality critter, and if you look at him, I challenge everyone at home, as you watch Donald Trump and images, I used to see the images and I would squirm and get angry and I would get frightened. Now, you kind of chuckle and he looks weak -- he feels weak, he sounds weak, and as the great Karl Rove said, he's just a little baby sore loser."