Loser Trump will set up a 'shadow presidency' and the press needs to treat him like the one-termer he is: conservative 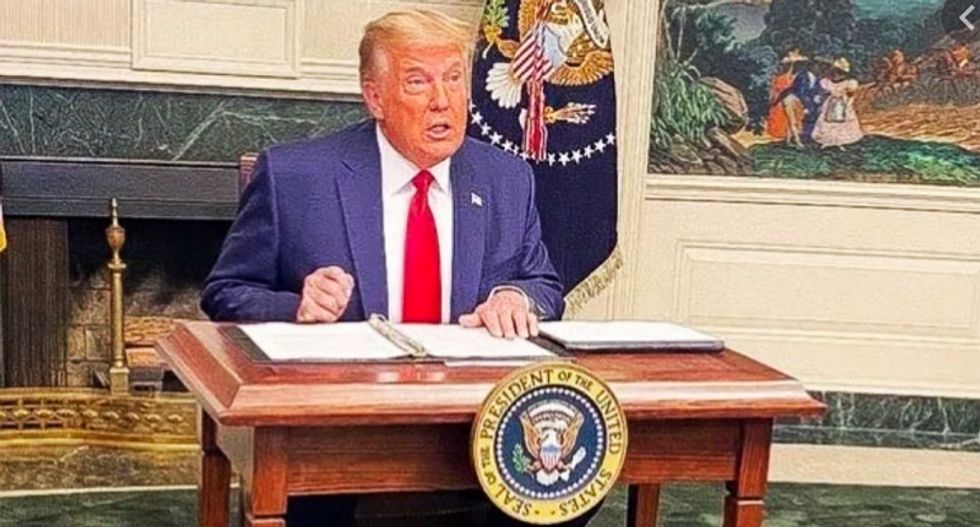 In his column for the Daily Beast, conservative Matt Lewis predicted Donald Trump will never surrender the limelight to President-elect Joe Biden and will instead set up a "shadow presidency."

Should that happen, he wrote, it is very important that reporters alter their coverage of him and make a point of announcing that any pronouncements the one-term president makes after January 20th are the words of a man the voters rejected.

With the president expected to decamp to Mar-a-Lago permanently after January 20th, Lewis explained that Trump will retain many of the same trappings his predecessors received after leaving office -- including being called "Mr. President."

However, unlike his predecessors, Trump is exiting under the belief that the election was stolen from him and will likely act like a president in exile from his Florida resort.

According to Lewis, there is a very real danger that --beyond the expected Trump daily flurry of tweets -- he will try to retain attention by conducting himself as a "shadow president."

"What if, aside from providing catnip in the form of controversial tweets, rallies, and speeches, Trump sets up a sort of shadow presidency at the 'Winter White House'?" Lewis suggested. "One could imagine him holding court at Mar-a-Lago, handing out faux awards and citations, and entertaining dignitaries. As a former president, he would be privy to some of the trappings of the presidency, including being addressed by the title, 'Mr. President.' The question is, to what degree will this all be televised, amplified, and glamorized."

What concerns Lewis is that the cable networks, which saw their ratings soar during Trump's controversial four years, will broadcast every utterance of the ex-president because they have become addicted to the surge of advertising dollars during the Trump presidency.

Writing that he is not saying the media should "ignore" the ex-president, Lewis advised the cable networks to be judicious in their coverage and keep in mind that Trump is no longer the president -- he would just be playing one at his Florida resort.

"If hate-clicking (or love-clicking) on Trump columns is your jam, then you’ll probably get more of those pieces," he wrote. "But to the extent that decisions are still made at the top—that assignment editors still pick what’s empirically newsworthy—what I’m asking (OK, pleading) is that you don’t make Trump a shadow president in 2021. Media executives thought they were cashing in on a goldmine in 2016, but those short-term ratings wins were Pyrrhic victories."

He then added, "It’s time to move on into the future. Trump doesn’t deserve to live rent-free in our minds—or our TV sets and iPhones. And besides, America only has room for one president at a time. And (coming soon) his name is Joe Biden."