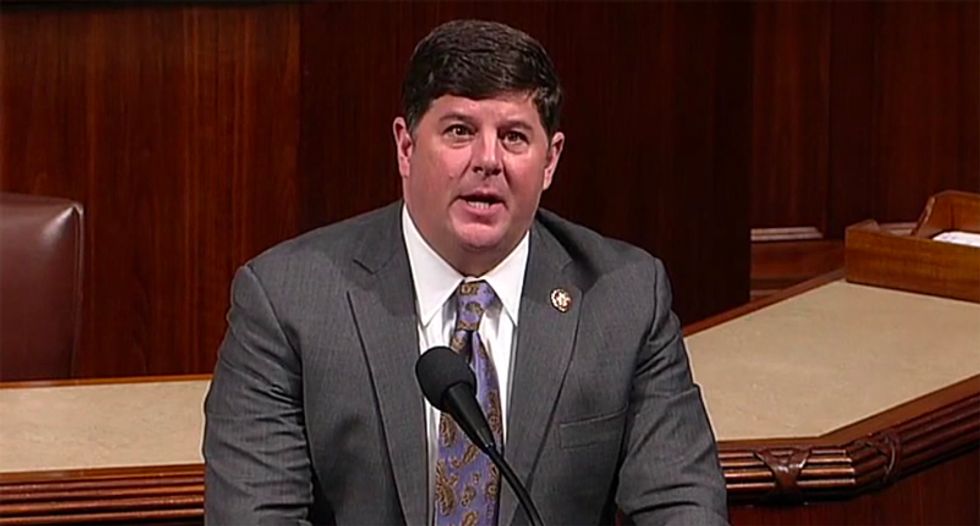 According to a report from Roll Call Rep. Steven Palazzo (R-MS) is being investigated for diverting over $230,000 in campaign funds to make car payments, pay for home and business repairs and employ family members.

While a spokesperson for the House Ethics Committee refused to comment on allegations made against the GOP lawmaker, he admitted that he is being investigated for expenditures that date back to 2010.

One complaint dates back to March of last year, when Palazzo was accused of spending "$60,000 in campaign expenditures to rent a farm, Greene Acres LLC, and $127,000 to pay an accounting firm Palazzo founded that is now run by his former wife," reports Roll Call.

"Since 2016, Palazzo’s campaign has spent nearly $69,000 on expenses associated with his vehicles. Of that total, $52,700 went to GM (General Motors) Financial Leasing for regular car lease payments," the report continues. "In addition to the GM expenditures, Palazzo spent almost $15,000 for lease payments, a down payment, car maintenance and a 2017 Tahoe purchase.... In addition to the car bills, Palazzo spent more than $15,000 over a 10-year span at a variety of gas stations, including Exxon, Chevron and Shell."

An additional concern is that money donated to his campaigns has been flowing into his own pockets and those of his family.

"Palazzo has reimbursed himself over $48,700 from his campaign over the past 10 years. Kyle Palazzo, the congressman’s brother, was paid more than $27,300 in salary and expense reimbursements since 2014," the report states.

The investigation into the Mississippi Republican comes on the heels of Rep. Duncan Hunter Jr. (R-CA) being convicted of misappropriating funds for personal use that led to his conviction and sentencing to serve 11 months in prison in Texas starting in January. Hunter's wife filed for divorce this week in San Diego.