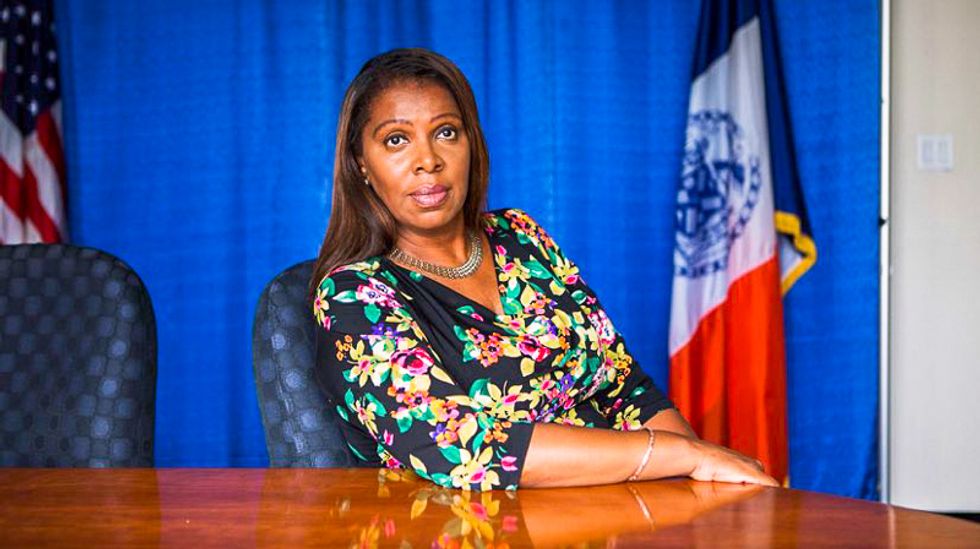 New York Attorney General Letitia James, who is investigating the Trump Organization for potential fraud, suggested this week that she could seek presidential records once Donald Trump leaves office.

In a tweet on Wednesday, James revealed that she had sent a letter to the White House demanding that presidential records not be destroyed.

"I wrote a letter to the White House today to remind the Trump administration that it must preserve and maintain all presidential records," she wrote. "By law, every bit of this information belongs to the American people, and this president and the White House cannot deprive them of it."

I wrote a letter to the White House today to remind the Trump administration that it must preserve and maintain all… https://t.co/BwnQ1Uu8Wn
— NY AG James (@NY AG James)1608138360.0

Last month, James said that her office is reviewing all official actions taken by the Trump administration.

"We're preparing a list. And the list is long," she explained. "We'll have a team of individuals, again, working on reversing all of the bad regulations and laws that have been put forth ... We will work with the Biden administration to ask them to file stays in a number of cases that are pending in the courts all across this country."

The New York Attorney General's Office also suspects the Trump Organization of fraudulently inflating the value of its assets, including the Seven Springs estate in Westchester County, to get tax benefits and loans from banks.