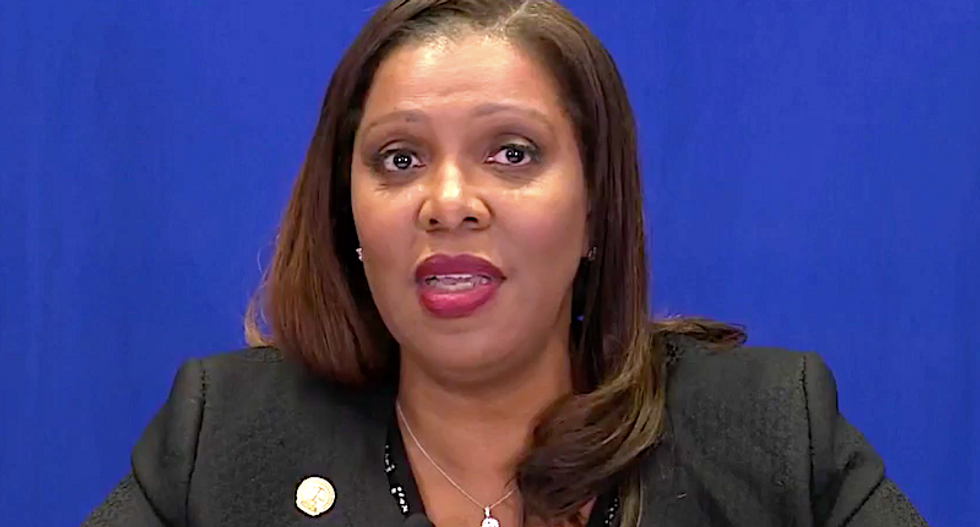 New York Attorney General Letitia James is hot on the heels of President Donald Trump and his family, and she told "The View" that pardons won't protect them.

The attorney general's office has been investigating the Trump Organization after the president's former lawyer Michael Cohen testified before Congress, and James vowed that process would continue no matter how Trump's election challenges play out.

Trump reportedly has been considering pardons for his family and others in his inner circle, and James thinks he will -- and try to wriggle out of a jam himself.

"He can preemptively pardon individuals and the vast majority of legal scholars have indicated that he cannot pardon himself," James told "The View." "What he could do is step down and allow the vice president, Vice President Mike Pence, to pardon him. I suspect he'll pardon his family members, his children, his son-in-law and individuals in his administration, as well as some of his close associates. Then I suspect at some point he'll step down and allow the vice president to pardon him."

But James said that won't place them entirely above the law.

"It's important to understand he's pardoned from federal crimes," she said. "He is not pardoned from state crimes. Last year I introduced a bill in the state legislature which would close the pardon loophole so that individuals such as the president of the United States would not evade justice. It's important we have this check on presidential powers and that the state legislature, I'm so happy they passed that bill and it's the law in the state of New York. President Trump cannot avoid justice in the great state of New York."