'Playing with fire': CNN segment exposes all the death threats Trump fans have made to election officials 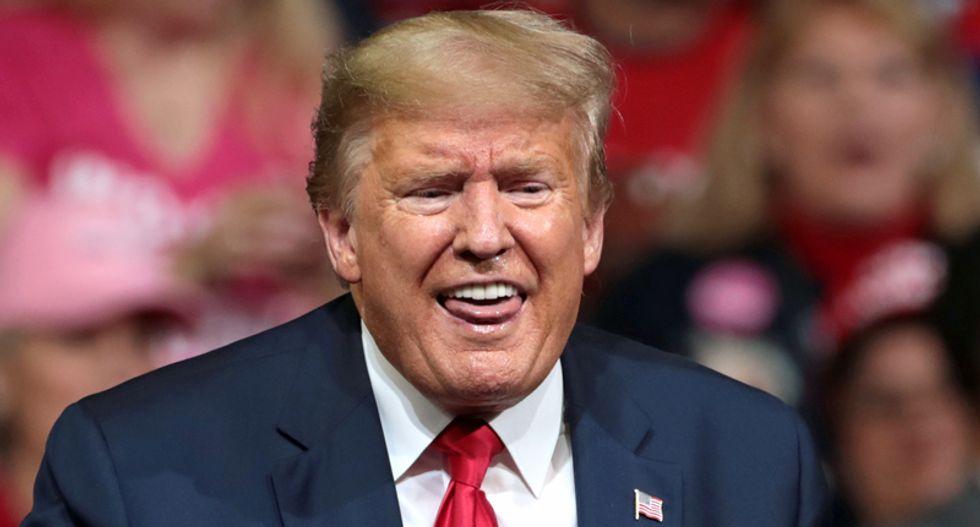 CNN's John Avlon on Wednesday highlighted all of the death threats that state election officials have faced at the hands of President Donald Trump's supporters.

During his latest "Reality Check" segment, Avlon began by playing Georgia election official Gabriel Sterling's emotional plea for the president to stop inciting hatred against election officials who are simply doing their jobs and obeying the law.

"Trump's desperate attempt to overturn a democratic election is inflaming hate in our country," Avlon said. "It's spreading like wildfire through the ranks of his hardcore supporters, some who are now making threats against election officials."

He then ran through several examples of Trump supporters threatening officials.

"One of the Trump campaign's lawyers, Joe diGenova, said Chris Krebs, who Trump fired about telling the truth about election security, should be executed," he said. "No less than six election officials around the country, many of them Republicans, have received serious death threats to date. Georgia Secretary of State Brad Raffensperger requires security, his wife is getting messages on her cellphone that read, 'Your husband deserves to face a firing squad.' His deputy, Gabriel Sterling, is getting threats while an election technician was accused of treason and sent a noose."

The bottom line, says Avlon, is that the president is inflaming his supporters and creating a dangerous situation.

"It's got to stop because we are playing with fire here," he said.