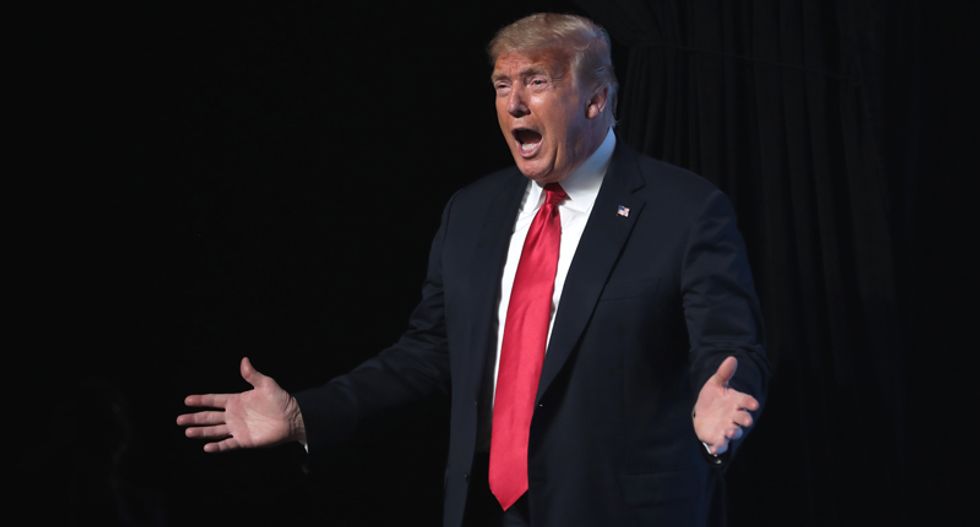 Are the nation’s Republican attorneys general ever going to get tired of losing?

No fewer than 17 of them have joined a Texas lawsuit asking the U.S. Supreme Court to invalidate the 2020 presidential election results of four battleground blue states. Their unprecedented Unholy Grail: To reverse the will of the people in their fellow sovereign states of Georgia, Michigan, Pennsylvania and Wisconsin.

Legal experts of all stripes have roundly condemned the Texas effort as not even rising to the level of a frivolous lawsuit. But Job One for the Republican officeholders is not to win, but rather to placate the Audience of One and his frothing base in their home states. Politically speaking, a loss equals a win (and campaign donations) for statewide Republican officials. A stand on principle would equal putting one’s home in the sights of raging Proud Boys.

Incredibly, more than half of these partisans just got dunked on just a couple days ago by the same conservative Supreme Court in a similarly hopeless Pennsylvania case. The justices declined even to consider overturning Pennsylvania’s electoral process, with a collective eye-roll.

“The application for injunctive relief presented to Justice Alito and by him referred to the Court is denied.” Yep, that’s all the Republicans got. Not even a hint of dissent from any of the nine justices, not even one of the three appointed by Donald Trump.

Had the attorneys general any shame, they would have been humiliated. They do not. So there’s no reason for them not to set ‘em up in the next legal dark alley.

In the ill-fated Pennsylvania case, Missouri, Alabama, Arkansas, Florida, Kentucky, Louisiana, Mississippi, South Carolina, South Dakota, and Texas joined the Republican Party’s lost cause. This time, Texas is the plaintiff, and the others have been joined by attorneys general in Nebraska, North Dakota, Oklahoma. Indiana, Kansas, Utah West Virginia, Tennessee and Montana.

Leading the pack of chihuahuas running alongside Texas’ legal clown car is Missouri Attorney General Eric Schmitt, whose home state just happened to vote for Donald Trump by a 16 percent victory margin. Safely elected himself in one of the nation’s reddest states, Schmitt authored the amicus brief, which he could only hope would make more sense than what he said publicly about his ill-fated mission in the Pennsylvania case:

“The Pennsylvania Supreme Court overstepped its authority and encroached on the authority of the legislature in ruling that ballots received three days after election can be accepted, including ballots with an illegible postmark or no postmark at all,” Schmitt said.

Echoing similar sentiments regarding the Pennsylvania debacle had been Arkansas Attorney General Leslie Rutledge, who waxed eloquently, “It’s imperative that every legal vote be counted and every illegal vote not be counted,” she said. “The integrity of each election is paramount to the future of our great country.”

Shouldn’t someone feel a little foolish having such platitudes be so unceremoniously disregarded by the highest court in the land?

Lofty words sound a lot better in a law school classroom or a stump speech if they haven’t just been swatted like a fly.

That, of course, will not stop the Republican attorneys general for coming back for another legal thrashing in the Texas case. Several of them made grandiose pronouncements today that some eerily similar to some of the bravado about Pennsylvania. The defendants are not impressed.

“I feel sorry for Texans that their tax dollars are being wasted on such a genuinely embarrassing lawsuit, “Wisconsin’s Democratic attorney general, Josh Kaul, said of the latest quest.

But if you’re really want to know how low they’ve gone consider how the Texas lawsuit was greeted today by the extremely conservative website of the National Review. The headline was unambiguous:

“Texas’s Frivolous Lawsuit Seeks to Overturn Election in Four Other States: There’s no way the Supreme Court is going to entertain Texas’ lawsuit”

Ouch. If that weren’t bad enough, the analysis was penned by one of the legal stars of the right-wing galaxy, none other than Fox News regular (and National Review senior fellow) Andrew C. McCarthy, who excoriated Texas Attorney General Ken Paxton.

Plainly, the complaint Paxton has filed is a political document that has no prospect of being taken seriously as a set of legal claims,” McCarthy writes.

And even allowing as to how he agrees (dubiously) with the substance of what the Republicans are complaining about, McCarthy-- who had argued that the Supreme Court should have taken the Pennsylvania case -- concluded, “The justices are not going to have the slightest interest in entertaining a sprawling lawsuit brought by an unaffected third-party state — one that, if Texas got its way, would forevermore thrust the Supreme Court into the thick of electoral politics.”

McCarthy then landed this: “Already under indictment for securities fraud, Attorney General Paxton is currently caught up in yet another corruption investigation — one that has  roiled his office. Now, he has filed a lawsuit so frivolous and so blatantly political that the top appellate lawyers in his office evidently declined to endorse it.”

That’s how one of the nation’s most outspoken far-right conservative lawyers is greeting the attorney general filing this nonsense for Texas. Are his fellow Republican attorneys general really excited about hopping on this bandwagon?

Why sure. As Trump would say, “what do they have to lose?”