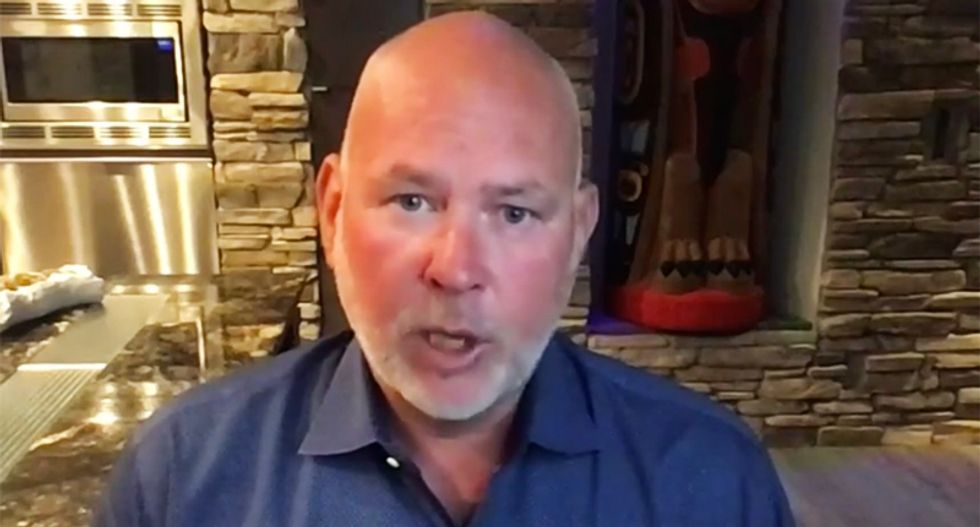 Speaking to MSNBC's Nicolle Wallace, Schmidt agreed with former Sen. Claire McCaskill (D-MO) that it was a "happy day" saying that it "cements the reality that Trump has been fired."

"But at the end of the day, we saw American democracy poisoned over the course of November," he also said. "American democracy relies on faith and belief in the legitimacy of the system from the people who grant it authority under our system of rule. What it requires is one side being able and willing to lose an election, to concede power temporarily in that virtuous circle of American democracy to the other side that captures more votes and wins elections. We should think about what we saw this weekend in Washington, D.C. What is it that we saw this weekend in Washington? What was it? They weren't wearing brown and black uniforms like they would have in Italy or in Germany in the 1920s or 1930s, but they're the same people."

The brownshirts were known as the Sturmabteilung, the Nazi Party's original paramilitary wing. The black shirts were members of the Voluntary Militia for National Security in Italy around the same time. They were the paramilitary wing of the National Fascist Party under Benito Mussolini.

"What we saw was right-wing violence in the nation's capital," said Schmidt. "This is political violence. This is a fascistic organization. When you have more than a majority of the Republicans in the House through their signing of that Amicus Brief making a political declaration. And let's be clear about this, it's not a legal declaration, it's a junk lawsuit. It's like something out of a 'Seinfeld' episode. It's a political declaration, and it's a declaration of repudiation against our independence, against a fundamental and most notional ideas of the country. And that political declaration is one that you can't walk back from. They've crossed the rubicon, so to speak. So when you look at Republicans you should look at them through this prisim.

He went on to say that Rep. Liz Cheney (R-WY), the leader of the conservatives in the House and Rep. Kevin McCarthy, (R-CA) leads the "autocrats."

"And, so, when 126 of them have crossed that line, asserting that Donald Trump won an election that they all -- every one of them, except the handful of truly, truly crazy ones, know for sure intellectually that in fact, Joe Biden won, the fact that they did that, that they're willing to poison American democracy, means that there are two sides in this political debate in this American democracy and that American politics has realigned. There's a pro-democracy coalition and there's another side. And on that other side, which is trying to throw out hundreds of thousands of Black voters to keep Trump in power, whose faithless to the ideas and ideals of American democracy, we can never lose another presidential election to these people again, because maybe next time, the leader will be more able, more competent and the plan will look more detailed and more organized and less like a farce. But this is a dangerous hour we find ourselves in, in a country, and nobody should be naive about that."

See the full video of Schmidt below: