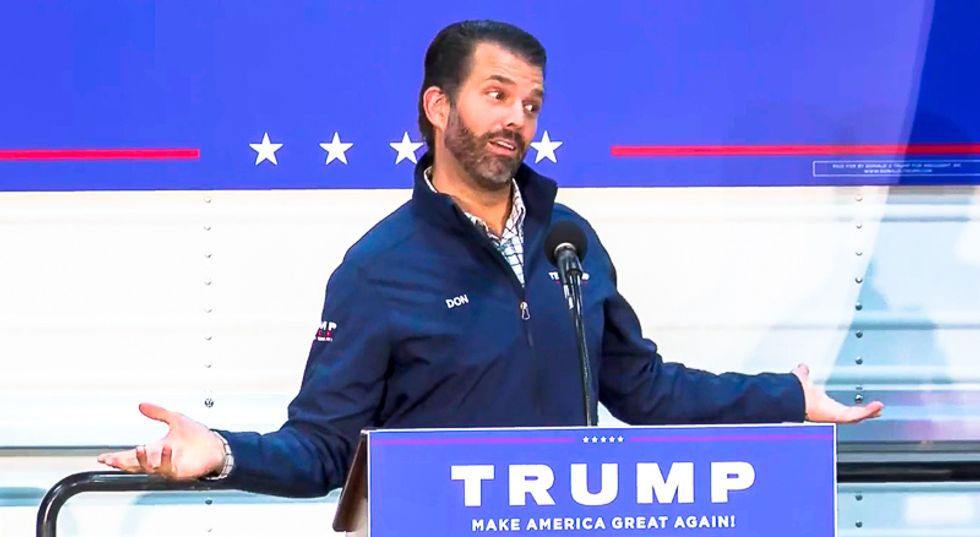 The RNC bought autographed copies of the new book, Liberal Privilege, to hand out to donors who contributed between $50 and $100 to the committee, a source told The Daily Beast.

While such arrangements are uncommon for books written by public officials, the RNC's payment was the single largest of more than 700 filings with the Federal Election Commission for donor “mementos” or “gifts."

The payment was also more than three times what the RNC had paid for Trump Jr.'s previous book, Triggered.