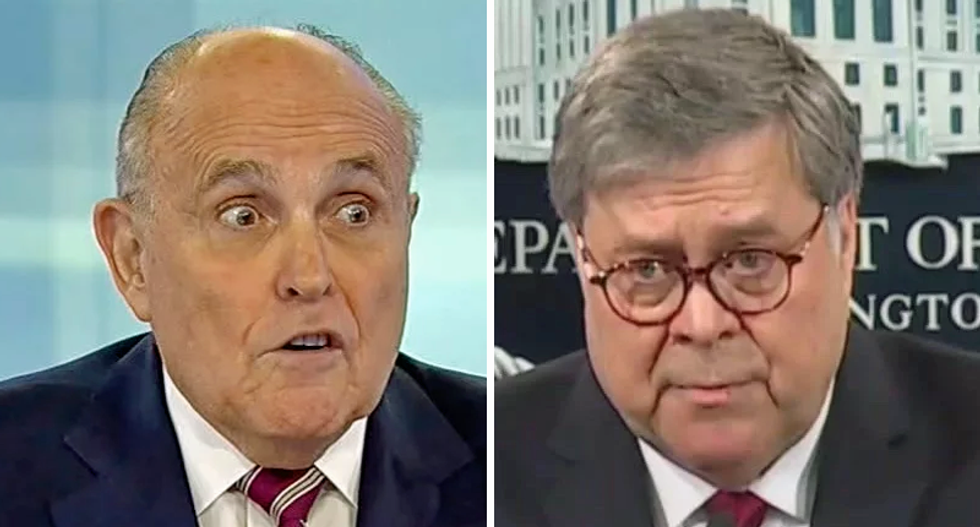 Attorneys Rudy Giuliani and Jenna Ellis, who are representing President Donald Trump, reacted on Tuesday after Attorney General Bill Barr said that the Department of Justice (DOJ) has not found evidence of fraud that would overturn the 2020 election.

The lawyers' remarks came after Barr told the Associated Press that the DOJ has "not seen fraud on a scale that could have affected a different outcome in the election."

Giuliani and Ellis quickly responded in a statement.

"With all due respect to the Attorney General, there hasn't been any semblance of a Department of Justice investigation," the statement said. "We have gathered ample evidence of illegal voting in at least six states, which they have not examined."

"Again, with the greatest respect to the Attorney General, his opinion appears to be without any knowledge or investigation of the substantial irregularities of systemic fraud," the lawyers added.

Moments before the statement was released, Barr was seen arriving at the White House. It was not immediately clear if the president intended to speak with the attorney general.