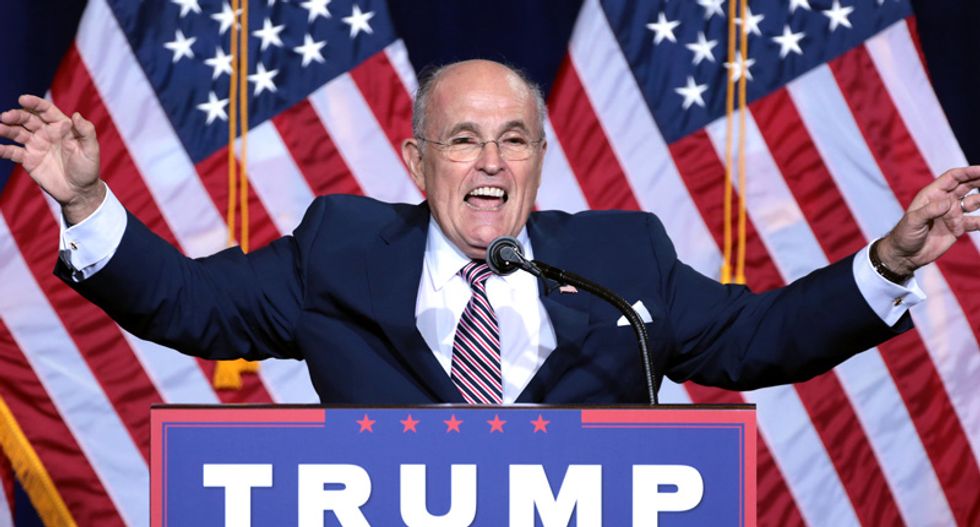 On Tuesday, The New York Times reported that outgoing President Donald Trump's attorney and ally Rudy Giuliani has discussed the possibility of a pre-emptive pardon with the president, in case he is charged with federal crimes down the road.

"It was not clear who raised the topic," said the report. "The men have also talked previously about a pardon for Mr. Giuliani, according to the people. Mr. Trump has not indicated what he will do, one of the people said."

"Mr. Giuliani’s potential criminal exposure is unclear," the report continued. "He was under investigation as recently as last summer by federal prosecutors in Manhattan for his business dealings in Ukraine and his role in ousting the American ambassador there, a plot that was at the heart of the impeachment of Mr. Trump."

Giuliani and his associates are refusing to discuss the matter or acknowledge that he believes he has any criminal liability.

It is uncommon for presidents to pre-emptively pardon offenses that have not been charged, but it is allowed and Trump has exercised the power before. Trump's recent pardon of his former National Security Adviser, Michael Flynn, excuses him not just from his guilty plea of lying to the FBI, but for any matter that could potentially arise from the investigation of Russian interference in the 2016 election.