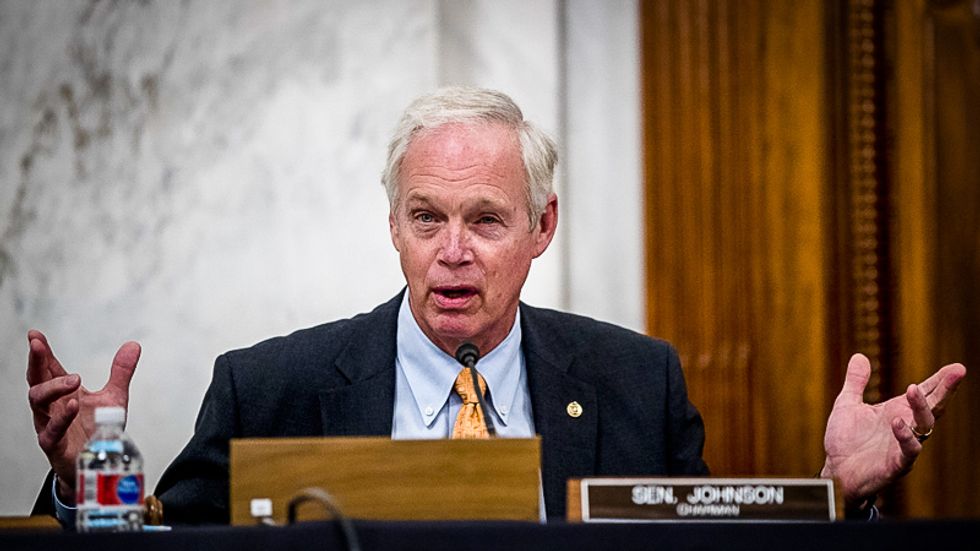 Sen. Ron Johnson (R-WI) is up for reelection in 2022 after spending the past several years covering President Donald Trump's links to Russia. Now he's saying he's not sure yet if he'll run again.

Johnson was working with a Russian-linked lawmaker Andriy Derkach, from Ukraine, who was ultimately sanctioned by Trump's Treasury Department after it was uncovered that he was an active Russian Agent. Derkach was the one who sent allegations about Hunter Biden to Johnson, Rudy Giulini and Rep. Devin Nunes (R-CA).

Politico reported Tuesday that Johnson might not run again.

At the end of October, polling showed that Johnson is already losing to former Sen. Russ Feingold. Those numbers come before any possible investigations into Russia's long history with the Trump administration and any of Johnson's possible involvement. If Democrats win in Georgia's runoff and take over the U.S. Senate, it's possible Johnson could come under an internal investigation.

Johnson used his power in the Senate over the past four years to investigate Democrats like Hillary Clinton and President-elect Joe Biden's son. Now he's holding a hearing on what he calls election "irregularities" that he can't necessarily prove. It's a move that comes as Senate Majority Leader Mitch McConnell (R-KY) told his members on a call not to engage in absurd efforts to overthrow the election for Trump.

Johnson said in an interview this week that he's been "vindicated," though it isn't clear what he feels he was correct on, the Russian agent handing him false information on Biden or that Trump really won the 2020 election.

"Time will prove me right. It will vindicate what I've tried to do here," Johnson said.

Politico said that Johnson is in "a risky political gamble" by aligning himself so closely with Trump and with Russia, which was just found to have hacked three agencies the U.S. government thus far.

"Democrats believe Johnson's strategy if he intends to run for reelection, is clear: He's trying to hold onto Trump's base to power him to a third term. Trump has led his supporters to believe that the 2020 election was rigged against him, and Johnson is feeding that narrative with his recent statements as well as his intention to hold a hearing on the subject," said Politico.