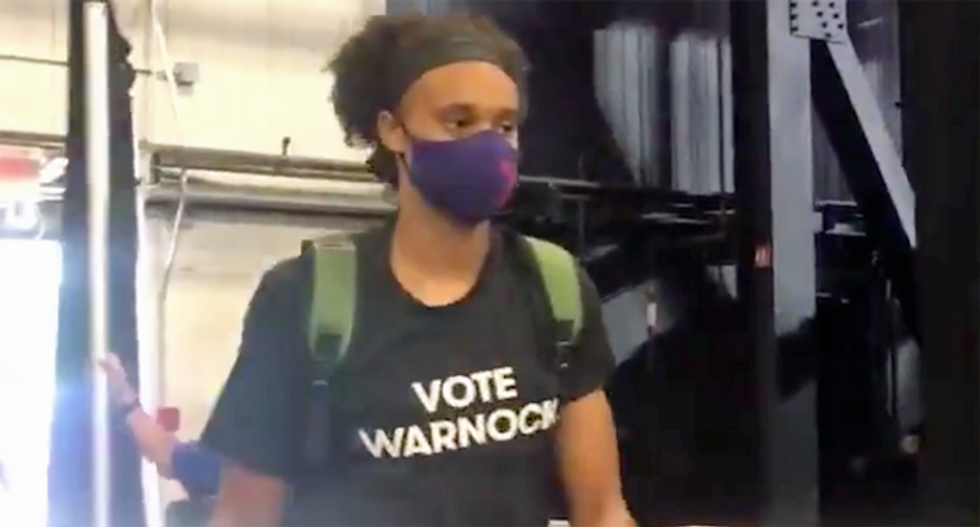 Hundreds of thousands of registered voters in Georgia are to have their eligibility preemptively challenged by a controversial Texas organization, the group announced on Friday.

"True the Vote announced today it submitted 364,541 Elector Challenges on behalf of Georgia voters representing all 159 counties. An Elector Challenge is a unique feature in Georgia law (GA. CODE ANN. § 21-2-230). It allows a voter to challenge the eligibility of any other voters in his or her county if probable cause exists to show that the challenged voter does not meet the qualifications legally required to cast a ballot," the group wrote in a press release.

The eyes of the nation have been focused on Georgia, which is hosting two January runoff elections that will determine control of the U.S. Senate.

Marc Elias, the lawyer coordinating the defense of voting rights for Democrats, wondered if the move would be denounced by Republicans.

"Voter suppression group, True the Vote is coordinating preemptive challenges of 364,541 voters. This is Trumpism in action. Will any Republican official denounce it?" Elias wondered.

"Either way, this attack on democracy is illegal and will not succeed," he concluded.

In November, True the Vote was sued by a donor saying he was tricked into donating $2.5 million to the group.