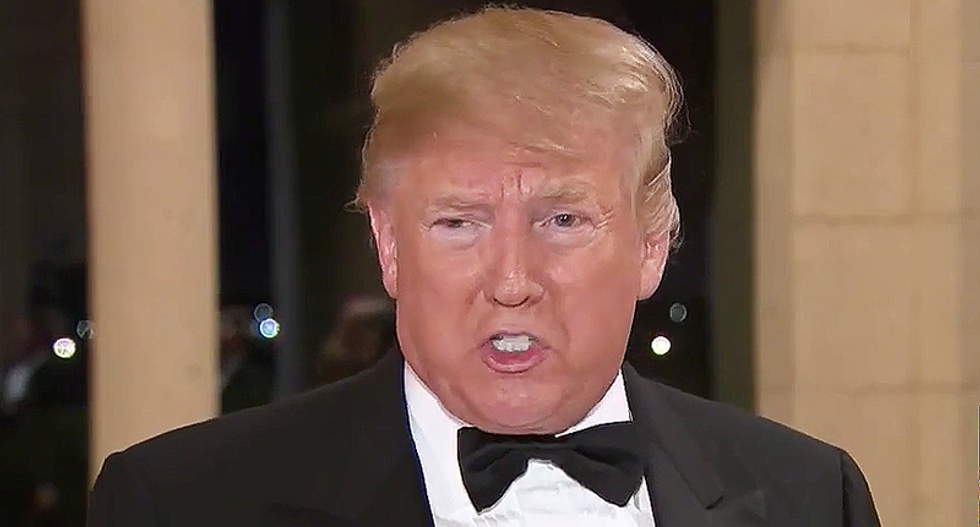 Donald Trump's post-presidency plans could be upended by local officials in Florida, where he intends to live after leaving the White House.

Palm Beach residents sent a demand letter to local officials and the U.S. Secret Service arguing that Trump had given up his right to live at Mar-A-Lago when he agreed to turn his private residence into a private club, and the town code enforcement board could prohibit him from living there.

"Well, he may not imagine it, but there are quite a few neighbors who are up in arms about the fact that he's returning, and not just because of his politics," Washington Post reporter Carol Leonnig told MSNBC's "Morning Joe." "He's had a long history of ticking off his neighbors."

Trump has tried to violate that 1993 agreement before by trying to erect an enormous flagpole, planning to subdivide his lots and seeking permission to build a dock, she said.

"There's a lot of distrust in this community about Donald Trump, because he has sued the town of Palm Beach when it tried to block him from dividing this property to residences," Leonnig said. "I'd say it's also important that Donald Trump's organization and the club have not so far consistently complied with the agreement that we're talking about. For every single year Donald Trump is supposed to report how he's complying with that non-residency requirement, by explaining where members live, explaining that they haven't stayed longer than seven days consecutively. For four of the 20 years he hasn't reported it."

"Another important thing [is] he has stayed at that club and visited it 30 times during his presidency, so he's already flouted that law pretty clearly, and there are a lot of neighbors there who say just on its face, they can't trust Donald Trump to comply, and they want the town of Palm Beach to force the president to do that," Leonnig added.