'This is a political cult': Jonestown survivor sees parallels between Trump and cult leader Jim Jones 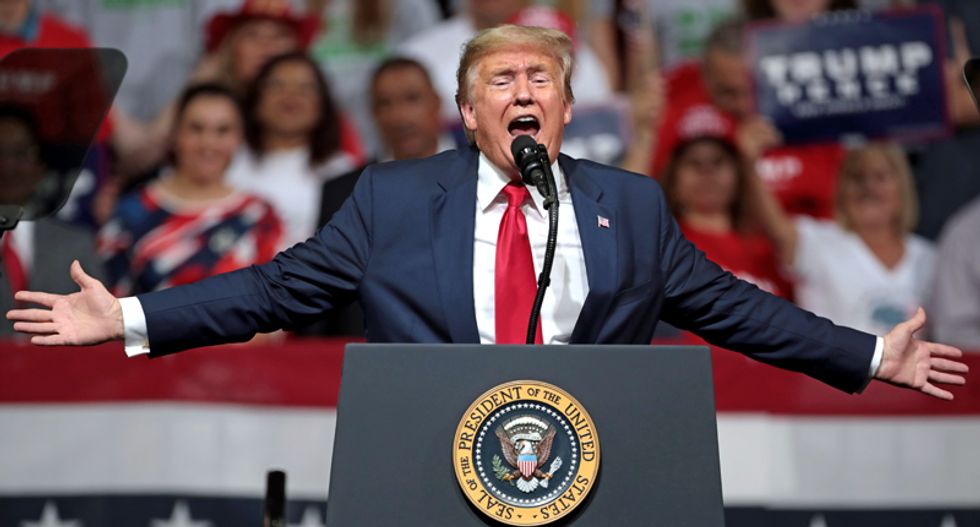 Rep. Jackie Speier (D-CA) survived the Jonestown massacre, and she's finally ready to admit that President Donald Trump leads a cult like the one that nearly killed her.

The California Democrat was shot five times by cult followers and played dead to survive the 1978 massacre in Guyana, where she and her boss Rep. Leo Ryan, who was killed, had gone to investigate, and as recently as two years ago she was unwilling to compare Trump to cult leader Jim Jones, reported The Daily Beast.

“I recoiled from the question," she said. "I wasn’t prepared to think this was a parallel. Now, four years into this nightmare of melodrama and manipulation, the parallels are pretty clear."

Trump dominates the Republican Party, and even the powerful Senate Majority Leader Mitch McConnell is forced to go along with his lies, and Speier said the dynamic is clearly similar to the Peoples Temple, where followers feared they would be cast out for challenging Jones.

“Community had become their family,” Speier said, "and like the 70 percent of Republicans today who think the election was filled with fraud, those that had some sense of independence couldn’t express it. Once you get deep into something like this, even if you know it’s not right, you stay there, you’re transfixed.”

Jones persuaded his followers to turn over their assets to him, which created pressure on others to do the same, and Speier compared that to Trump raising $200 million since losing re-election.

“If you’re a true believer, you will show your allegiance, your faith, by providing your world possessions to the family,” Speier said.

"He’s created a cult of personality — and as hard as it is for me to say, he exudes charisma and people want to follow him,” she added. “When you see the Proud Boys on the street knifing people and inciting violence, it’s a little chilling. This is a political cult. The other is a religious cult.