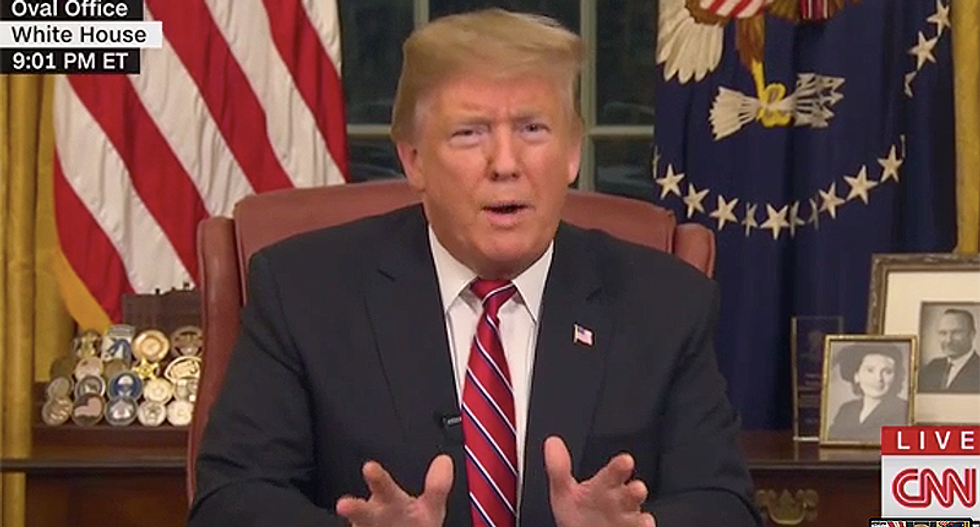 President Donald Trump wanted larger direct payments to Americans in the next stimulus bill, but his White House advisors reportedly talked him out of it.

"On a phone call Thursday afternoon, Trump told allies that he believes stimulus payments in the next relief package should be “at least” $1,200 per person and possibly as big as $2,000 per person, the officials said. Congressional leadership is currently preparing a stimulus package that would provide checks of $600 per person," the newspaper reported. "Trump was in the middle of formally drafting his demand for the larger payments when White House officials told him that doing so could imperil delicate negotiations over the economic relief package, the officials said. Congressional Republicans have insisted that the relief bill remain less than $1 trillion, and it’s currently designed to cost around $900 billion. Larger stimulus checks could push the package’s total over $1 trillion."

The report came after a rise in unemployment filing.