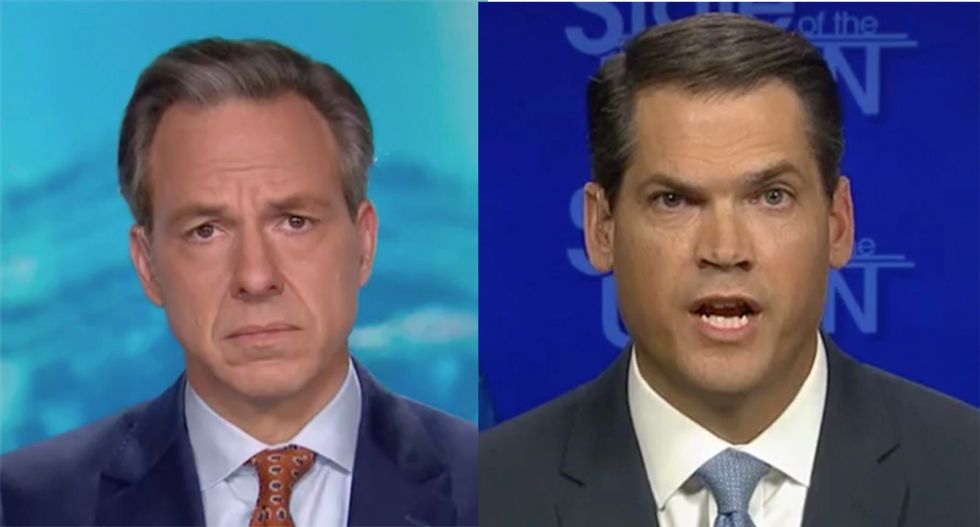 Appearing on CNN's "State of the Union," Georgia's Republican Lt. Governor Geoff Duncan expressed dismay with the message Donald Trump delivered to a rally crowd in Valdosta Saturday night, saying the president may have hurt the re-election prospects of both of the state's GOP U.S. Senators.

"The president at a rally in Georgia last night insists he won your state, which is not true," Tapper began. "He attacked your governor and attacked the Republican Secretary of State, going after [Brad] Raffensperger, a friend of yours. He called the election rigged. Set the record straight if you would."

"The first part was very encouraging to listen to the president champion the conservative strategies of Senators Loeffler and Perdue and the importance for them being re-elected and the second message was concerning to me," Duncan responded. "I worry that this continues fanning of the flames around misinformation puts us in a negative position with regard to the January 5th runoff."

"You know, the mountains of misinformation are not helping the process but only hurting it," the GOP lawmaker added. "I worry we are handing off a playbook to the Democrats for January 5th and I certainly can't think of a worse playbook to handoff over the last four or five weeks to the Democrats."