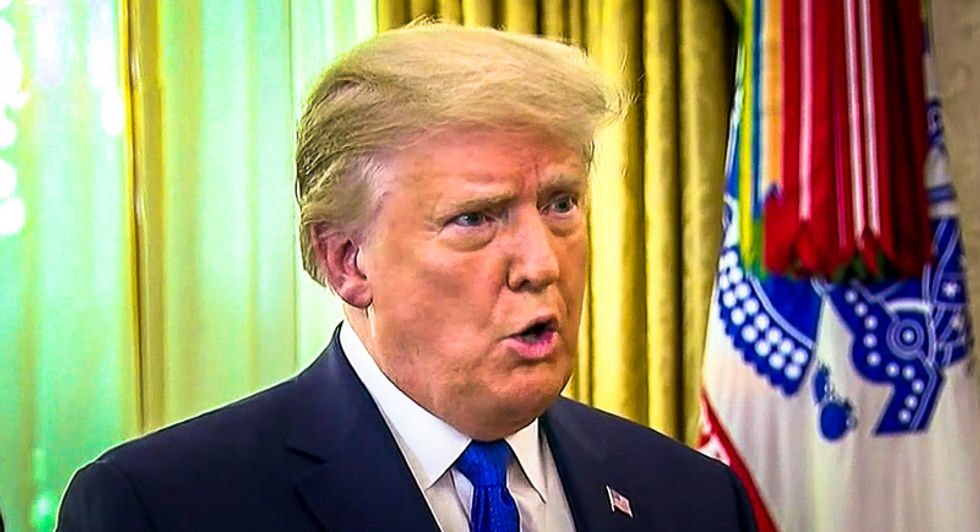 President Donald Trump on Monday said that he had "big things" planned that could overturn the election before the Electoral College meets next week.

During a ceremony in the Oval Office, Trump was asked about the status of attorney Rudy Giuliani, who recently tested positive for COVID-19.

The president was also asked if his team could overturn the election results before the Electoral College meets to formally vote for a new president on Dec. 14.

"The case has already been made if you look at the polls," Trump replied. "It was a rigged election. You look at the different states, the election was totally rigged. It's a disgrace to our country. It's like a third- world country with these ballots pouring in from everywhere, using machinery that nobody knows ownership, nobody knows anything about."

"I think the case has been made," he added. "And now we find out what we can do about it. But you'll see a lot of big things happening over the next couple of days."