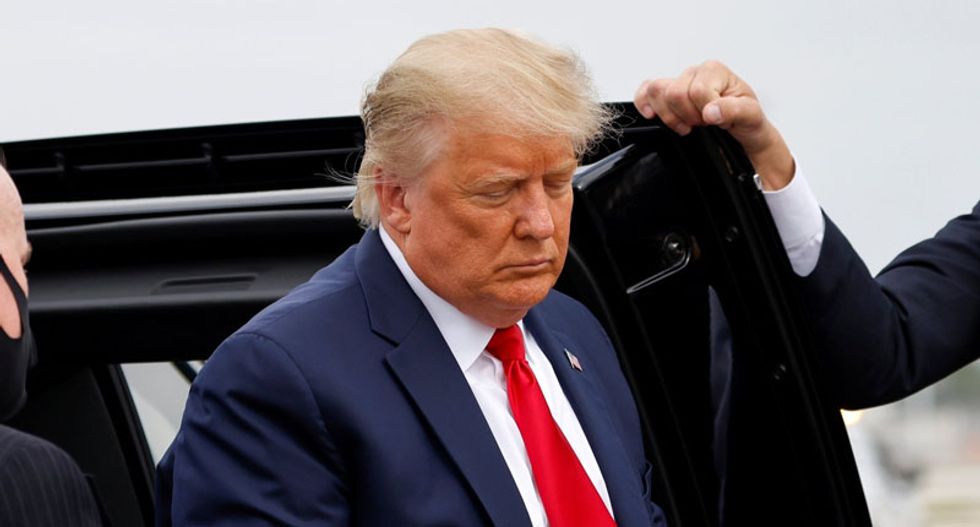 As President Donald Trump continues to challenge his election loss and raise money from supporters, his 2020 campaign headquarters has basically shut down.

Most of the campaign signs have been removed from the northern Virginia office, the desks and memorabilia have been packed up or thrown out, and the televisions that had been mounted on the walls are being sold off for extra money, reported The Daily Beast.

“It’s a ghost town now, with people waiting for the end,” said one person familiar with campaign operations.

The voter-fraud hotline set up after Election Night was shut down last month after it was deluged with crank calls and violent threats, and a Daily Beast reporter didn't see anyone going in or out of the building over an hour and a half on Sunday afternoon.

The campaign still has plenty of money, but its operations have largely dwindled to buying ads promoting the idea that Trump's loss was due to voter fraud, but two of those ads have already been removed from YouTube for violating policies against election disinformation.

Jason Miller, a senior Trump campaign adviser, dismissed claims from sources that the campaign operation had ceased as a "stupid observation."

“Election Day was November 3rd,” Miller said. “We’re now in mid-December. The campaigns are winding down. For example, Joe Biden’s headquarters is no longer packed with ballot harvesters.”