Trump’s lies sending followers ‘down a very dark path’ — and ‘I don’t know any way out’: Media analysts 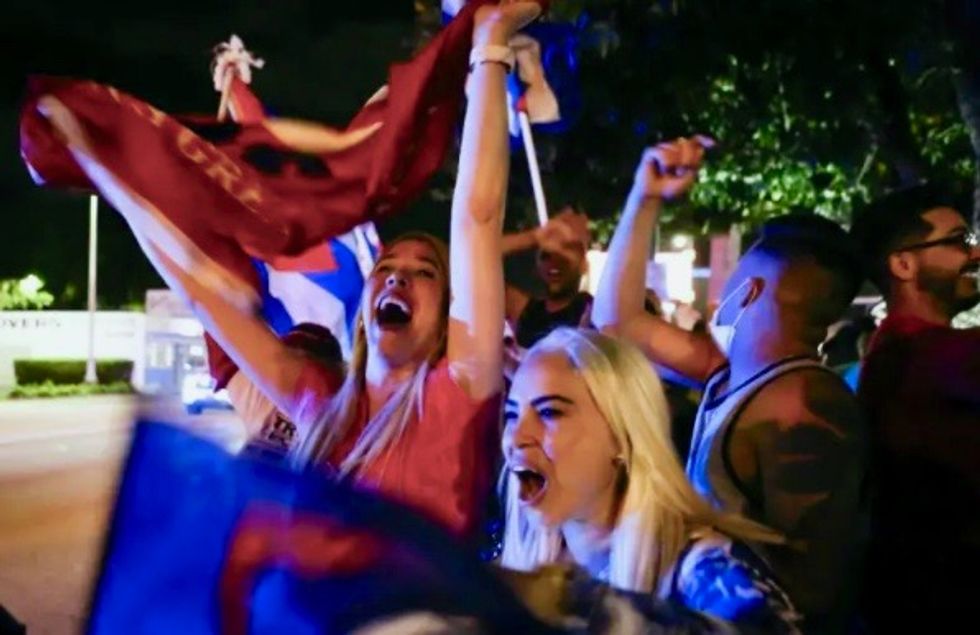 Supporters of US President Donald Trump rally in front of the Cafe Versailles in Miami, Florida on November 3, 2020 (AFP)

President Donald Trump is stoking anger and mistrust over his election loss, and media analysts fear the long-term impact of that on an already conspiratorial right-wing ecosystem.

Millions of conservatives are already consuming baseless reports claiming the election was stolen from Trump through fraud, and the president both drives and amplifies that misinformation, reported CNN.

"This is heading down a very dark path," said New York Times reporter Charlie Warzel. "It's possible to imagine this leading to isolated incidences of violence. Perhaps most likely, this rhetoric has the potential to lead to another alternate reality conspiracy narrative, not unlike, say, QAnon. It's yet another extended fantasy universe for people to get lost in. It can breed hundreds of offshoot conspiracies and communities devoted to something that didn't happen. I sure hope that doesn't happen, but I think that, wherever it goes, it will have no definitive ending and will only entrench our political divisions."

CNN's Oliver Darcy flagged an exchange conservative broadcaster Rush Limbaugh had with a listener who called for "millions" of Trump supporters to clog the nation's roadways in a "desperate act" to protest an election the caller believed was stolen, and the talk radio host encouraged the delusion.

"They have forever corrupted the Constitution," Limbaugh told the caller. "I mean, the stakes are quite serious."

The media observers that CNN spoke to don't see how the flames of anger and division that Trump has stoked will just go out on their own.

"It’s hard to imagine the commitment to this fantasy simply falling away of its own accord — certainly not when Trump is fueling it every day," said Washington Post columnist Margaret Sullivan. "It’s possible that the Fox News brass eventually will get people like Hannity to acknowledge reality after Jan. 20, but I wouldn’t bet on it, and those who work for fringier outlets will never drop this, at least not until something even more compelling comes along."

"So, unfortunately, you have millions of Americans thoroughly convinced — forever — that [Joe] Biden is an illegitimate president," she added. "Maybe they don’t take to the streets over it, but that’s still a very destructive force in our society and politics. It’s really distressing to contemplate but, at the moment, I don’t know of any way out."