WaPo resets counter: 'It's been 00 days since a high-profile departure from the Trump administration'

President Donald Trump on Monday announced on Twitter that Attorney General Bill Barr would be leaving the Department of Justice before the end of the month.

That resulted in The Washington Post updated their ongoing coverage of the turnover. 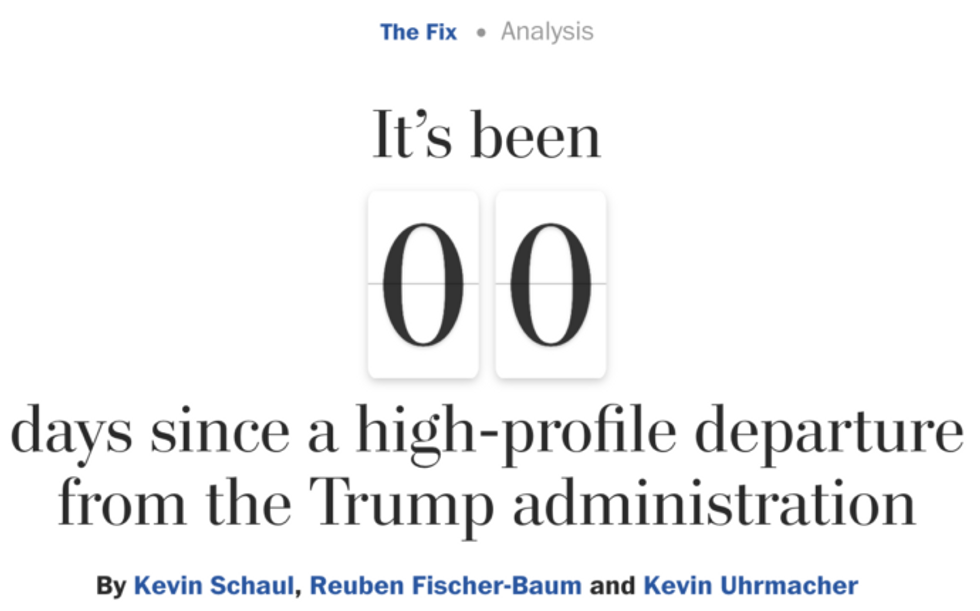 The newspaper noted the administration has suffered "a remarkable amount of turnover in key positions."

The interactive story traces turnover back to the first days of the administration, when Trump fired acting Attorney General Sally Yates on January 30th, 2017. National Security advisor Mike Flynn was then fired on February 14h.