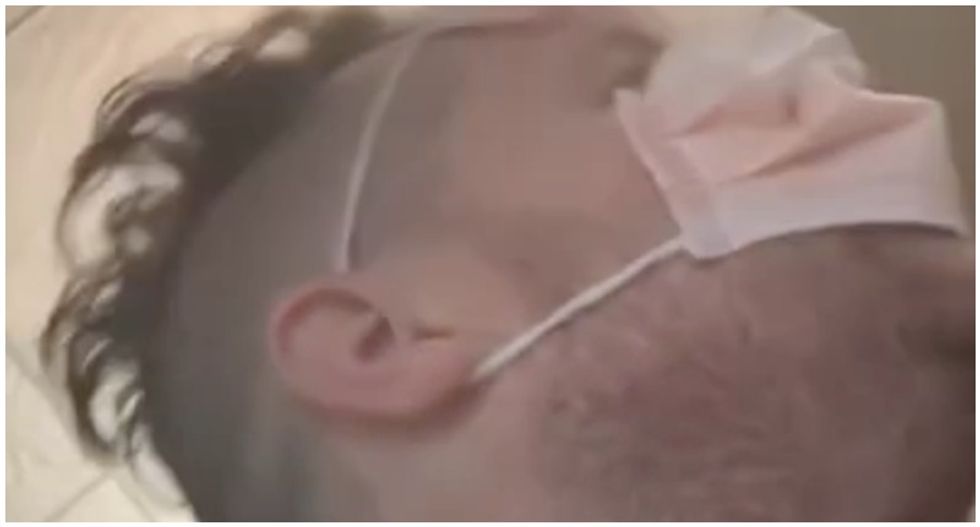 A video posted to Reddit shows a man having a meltdown after a hospital worker refers to President Trump as the "orange man."

In the video, the man, who also happens to be filming, can be seen creating a disturbance in the hospital.

"I'm not disturbing no one, ma'am. You're disturbing me, ma'am," the man says to a hospital worker. "You're really starting to get on my nerves."

"I'm letting you know right now, I have connections to the White House," he says. "Play with me."

"I don't care about the orange man," the hospital worker fires back.

"Oh, now you wanna start disrespecting people? You wanna start calling people out by their color when you sit there and you wear that rainbow thing?" the man says before using a homophobic slur against the worker.