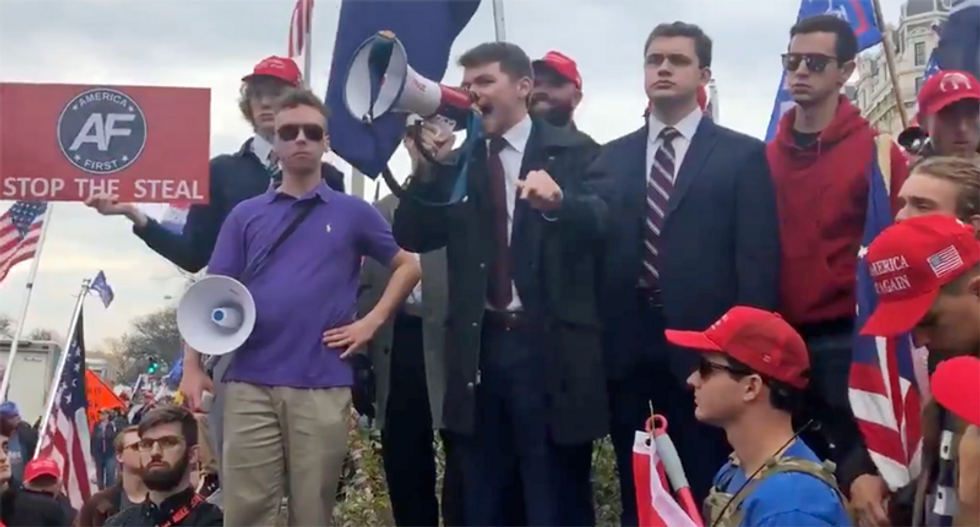 Supporters of Donald Trump turned on the Republican Party at a rally held in Washington, DC on Saturday.

A speaker with a bullhorn on a makeshift stage urged far-right provocateur Nick Fuentes to take the stage.

"And this kid, believe me, everyone has thrown him under the bus," the speaker said.

"Charlie Kirk," the speaker listed by name -- to boos from the crowd. "Ben Shapiro, the original never-Trumper. We hate Ben Shapiro!"

Fuentes then took to the stage.

The crowd then began chanting, "Destroy the GOP" as seen in video posted by News 2 Share producer Ford Fischer.

Nick Fuentes speaks to a crowd of Trump supporters and gets them chanting “destroy the GOP!” for failing to protect… https://t.co/CMDYoeye8A
— Ford Fischer (@Ford Fischer) 1607794003.0