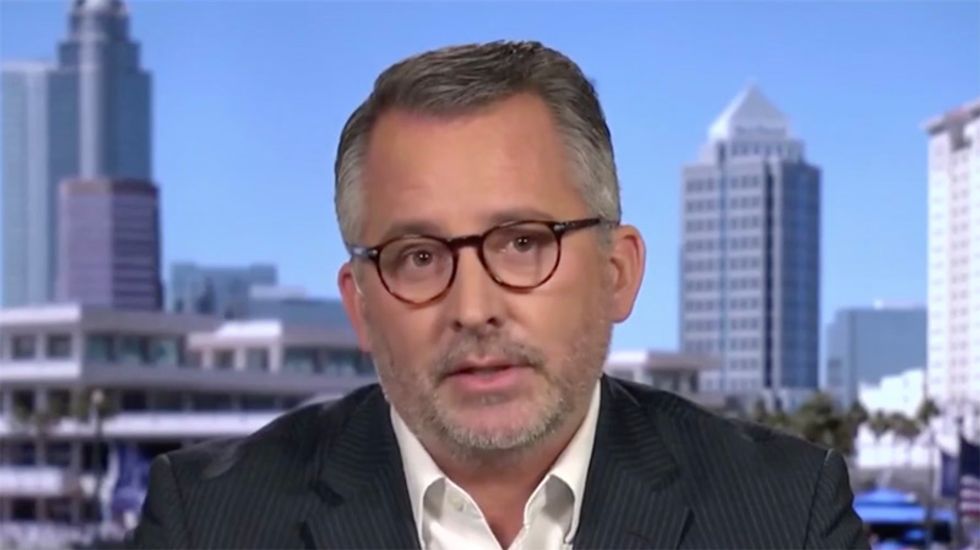 Former Rep. Dave Jolly (R-FL) said two of his former colleagues in the House need to resign if they refuse to accept that former Vice President Joe Biden will be the new president in light of the overwhelming evidence that he beat Donald Trump.

Appearing on MSNBC with host Alex Witt, the former lawmaker said it is an act of cowardice for over 200 Republicans to refuse to acknowledge to the press that Biden is the president-elect.

Pressed by host Witt on two Republicans, Reps. Paul Gosar (R-AZ) and Mo Brooks (R-AL) who have been insisting without a doubt that Trump won, Jolly grew incensed.

"What would you say to them?" host Witt asked.

"I'd say you've lost your mind," Jolly immediately shot back. "I'd say you've lost your mind and you are damaging the integrity of our very democracy, the democracy that you raised your hand as a member of Congress and swore to protect and defend, you are tearing at the fabric of it by engaging in conspiracies to protect a man with a fragile ego who is insisting that the election was stolen from him."

"So either resign your seat in the House or own up to the pledge and the oath that you took to the people that elected you and elevated you to the body," he added. "