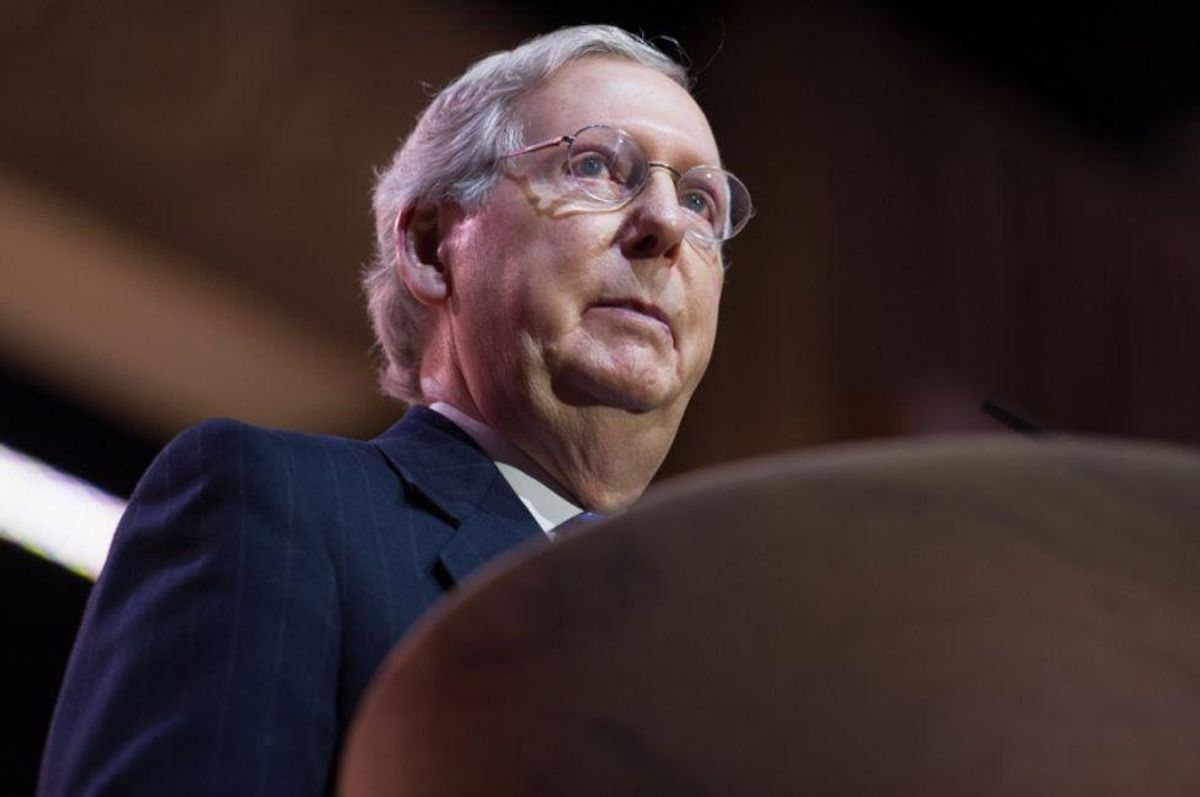 The evidence of Trump's complicity in the insurrection was strong enough to get him impeached a second time, and McCaskill said Senate minority leader Mitch McConnell and his fellow GOP senators are complicit, as well.

"Let's not let the Republicans in the Senate off the hook here, too," McCaskill said. "Remember, fewer than 10 of them voted for a bipartisan commission to make sure that we did certify the facts for American history, that we did make sure that no one had any questions based on party what actually happened, and Mitch McConnell killed the bipartisan commission. He got out there, he whipped his members, he told them not to vote for it. He told them they couldn't win the midterms if there was a credible body that uncovered the facts. He wanted to make sure that they could somehow try to shoehorn this into some kind of partisan effort, and that is how bad it is."

However, she said, Wright's loss should serve as a warning to them.

"I will tell you this, there is a cold ripple of fear running down the spine of Republicans on Capitol Hill this morning because Donald Trump's candidate lost last night," McCaskill said. "They have all been genuflecting for this ridiculous man that held the Oval Office, trying to say that they have to be for him because otherwise their party can't survive. [Sen.] Lindsey [Graham], Trump's guy lost, so let's just make sure that we realize that as this door begins to swing, we're going to see how many of them scramble to get out of the way."