Legal experts: There are three kinds of information Congress must get from the Biden administration on Trump 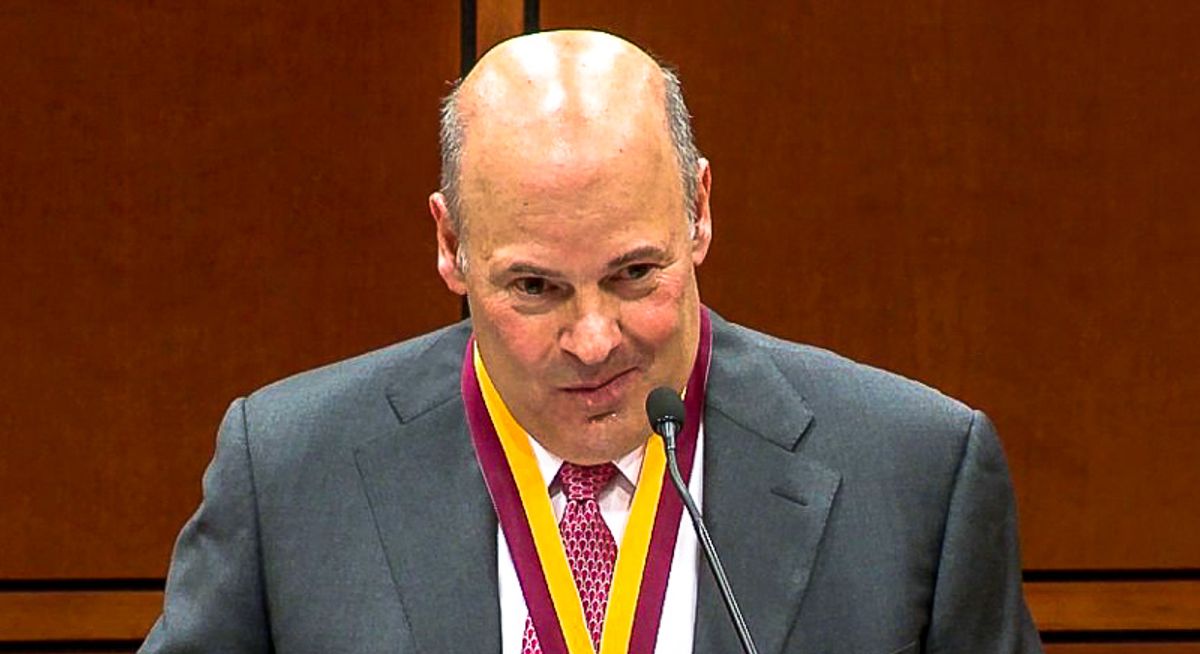 After President Donald Trump exits the White House, information will still be available from his administration that incoming President Joe Biden will have access to.

In a piece for Just Security, Jennifer Ahearn of the Citizens for Responsibility and Ethics in Washington (CREW), explained that there are three main things that the new administration must hand over to Congress for ongoing investigations into Trump.

First, she said that the new team must turn over any "information about potential corruption of Trump officials who are still in office or harmful policies still in effect."

In a transition, there is a turnover of most of the staff and appointees, but there are many appointments that Trump made, particularly in the past few weeks, that will remain. Ahearn suggested that there be a review of those individuals to uncover if there was any impropriety involved in their appointments.

The most prominent holdover from the Trump administration will be infamous Postmaster General Louis DeJoy, a large Trump donor blamed for the mail slowdown in 2020.

"The House Oversight Committee has actively investigated a number of issues relating to DeJoy's tenure as Postmaster General, as well as questions about DeJoy's contacts with officials associated with the Trump campaign before the 2020 election," wrote Ahearn. "Rep. Carolyn Maloney, in her statement upon being re-elected to serve as chair of the committee, indicated her intention to continue to prioritize this work."

For other appointees, Ahearn suggested that Congress examine how Michael Ellis came to become General Counsel of the National Security Agency. She also recalled White House lawyer Trent Benishek, who was hired by Trump to serve as the counsel to General Services Administration (GSA) Emily Murphy, who held up the transition for several weeks after Biden was elected. That could give Trump's allies a glimpse into the private lives of Biden's government. While in office, Trump worked to block the relocation of the FBI headquarters because he didn't want a development to compete with his hotel across the street.

Another key thing that Congress will need are the documents from departments for suspected criminal activities. Documents that bear on potential criminal activity, corruption, or intentional mismanagement by officials who have left government and need to be held accountable, including Trump himself.

There are still unresolved corruption issues that have never been looked at by Congress. The early days of the Trump administration had a slew of Cabinet officials who used federal funds for themselves. EPA Administrator Scott Pruitt served for a little over a year until he resigned after it was discovered he was spending taxpayer dollars to fly on private jets and military planes back and forth between Washington and Oklahoma. He also dropped $24,115 in taxpayer dollars to buy himself tactical gear he said he needed for protection. There is a complete list of all of Pruitt's funds he took to spend on himself.

Secretary of the Interior Ryan Zinke had a scandal-filled past, Vanity Fair characterized in 2018, and it finally caught up to him. He fell under investigation by the inspector general and Justice Department for using his appointment for his own financial gain. He too was caught using private jets and helicopters to fly wherever he wanted. Zinke floated away and nothing has been announced since.

Secretary Wilbur Ross had a slew of questions around conflicts of interest in his department after it was uncovered by Forbes that he owned "stakes in companies co-owned by the Chinese government, a shipping firm tied to Vladimir Putin's inner circle, a Cypriot bank reportedly caught up in the Robert Mueller investigation and a huge player in an industry Ross is now investigating."

Jared Kushner is another one. After being handed a top-secret security clearance against the advice of those who conducted a background check, questions surfaced about Kushner divesting his stake in a large apartment complex that was ultimately sold to Qatar. Democrats launched an investigation into whether the financing of $1 billion was connected to lifting a Saudi blockade of Qatar, CNN reported. Kushner would never comply with subpoenas from Congress.

All of these people were allowed to leave without fully understanding what they did while in office to benefit themselves.

Finally, Ahearn listed off the slate of subpoenas that were called by Congress and ignored by the Trump administration. Aside from Kushner's scandal, there was Trump's taxes, Trump's emoluments problem, and specifics about what Trump demanded of Ukraine to get the funding they were allocated by Congress.

"However it is done," closed Ahearn, "this issue critically requires Congress's attention — the public should never be in the dark like this at the end of a presidential administration again."