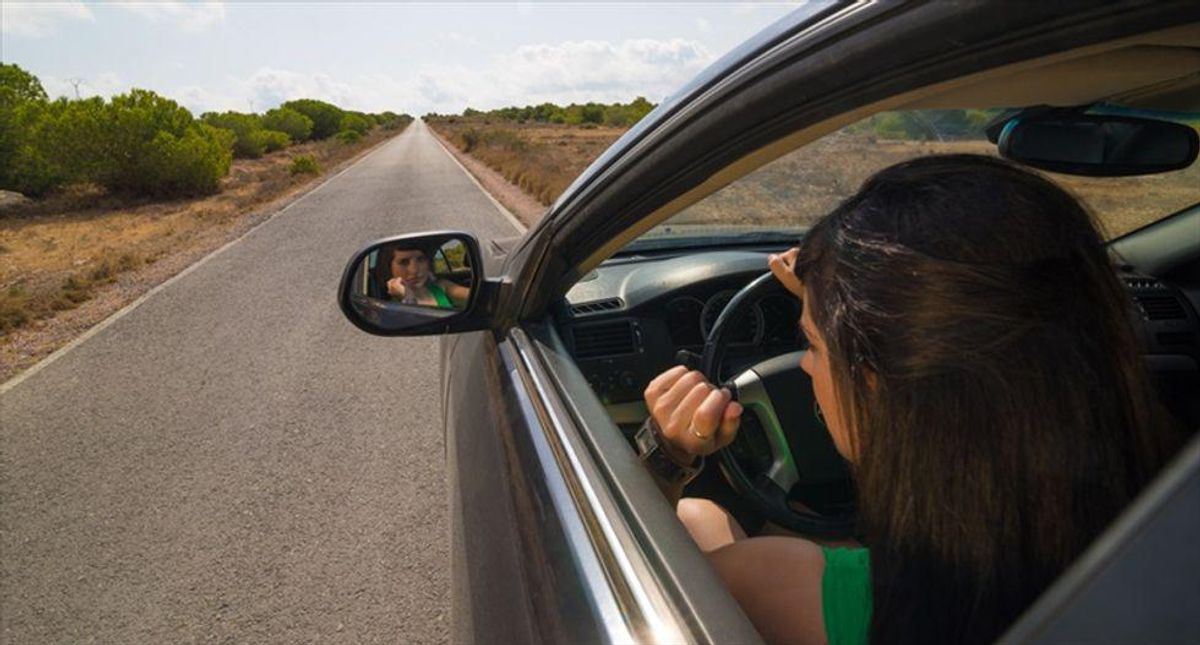 'Female Driver With A Long Road Ahead Of Her' [Shutterstock]

A string of pellet gun shootings is unnerving drivers along the 91 freeway in southern California.

Nearly 60 motorists have reported being fired upon by a pellet gun in Orange, Riverside and Los Angeles counties, and California Highway Patrol believe the shots were fired using the same weaponry, reported the Los Angeles Times.

"We do believe it is coming from a moving vehicle," said CHP assistant chief Donald Goodbrand. "At this point, we are still determining if this is an individual or multiple individuals. We have shootings in the morning and afternoon."

A CHP patrol car is among the vehicles struck by the pellets in a May 14 incident in Anaheim, on the eastbound shoulder of state route 91.

"We are taking each of these incidents seriously and actively searching for those responsible," Goodbrand said. "The public should still feel safe while driving their vehicles on our California freeways."

The windows of three vehicles were shot out in Corona overnight Tuesday into Wednesday morning, and the damage is usually below the insurance deductible for most drivers.

"Someone is taking the time out of their day to ruin others' days," said victim Taryn Campbell, who paid $439 to repair her rear window after a shooting.

No injuries have been reported in the shootings, which were first reported at the end of April in Los Angeles County.