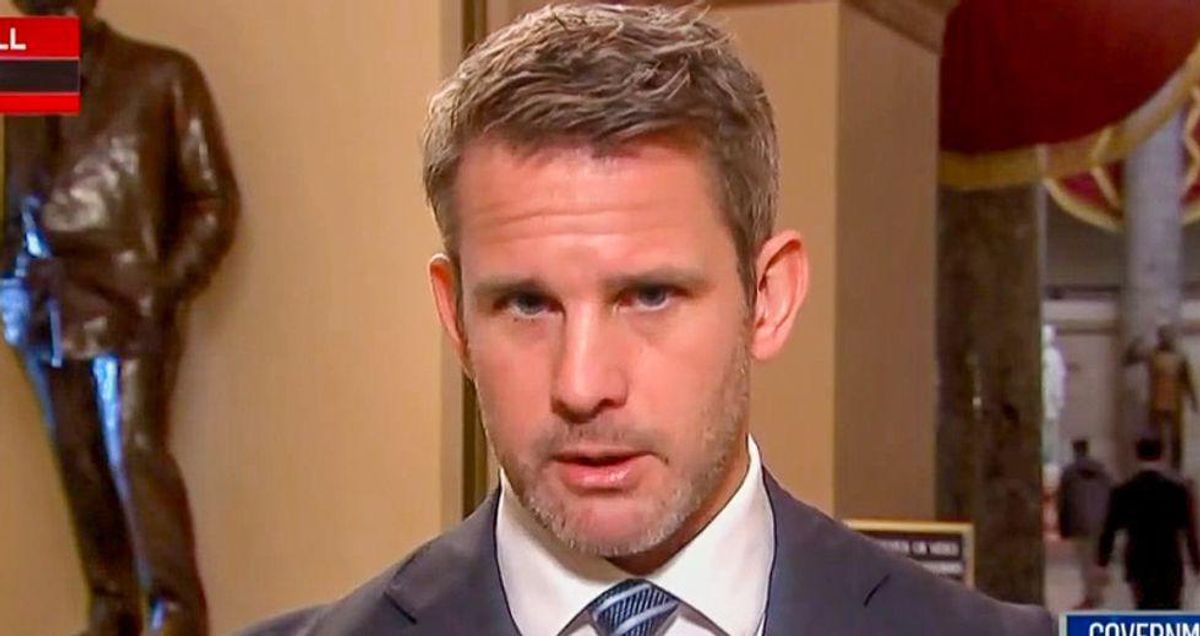 Rep. Adam Kinzinger (R-IL) is facing a primary challenge over his vote to impeach former President Donald Trump, but he's getting some financial help from a prodigious Republican fundraiser.

Politico reports that former House Speaker Paul Ryan (R-WI) will headline a fundraiser for Kinzinger on Monday to help him fend off a pro-Trump primary fight.

Ryan's move is described by Politico as "a decisive move against ex-President Donald Trump, who has set his sights on Republicans who voted to impeach him," and the publication notes that Ryan has "had a long-running feud with Trump" and has also "criticized Republicans who wouldn't certify the Electoral College results that validated Joe Biden's election as president."

Trump has vowed to not only take down Kinzinger, but also the other 16 Republicans in the House and Senate who voted in favor of his removal from office earlier this year after he incited a deadly riot at the United States Capitol building.