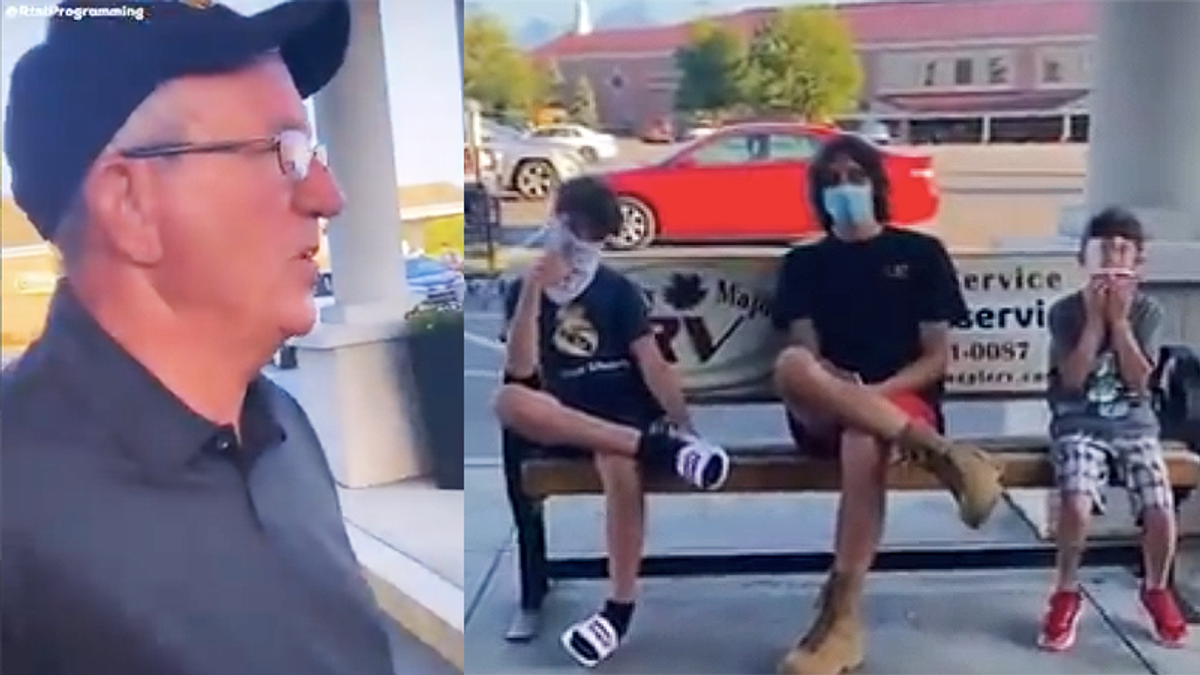 "What do you idiots — face mask—" a woman's voice can be heard saying.

"Why are you wearing a mask?" the man asks.

"Where are your parents at?" the woman asks. "They have you out here masked?"

"You don't need to wear them, you know that?" the man says.

"Why the hell you wearing a mask out? Where's your mom and dad?" the woman asks.

The kids can be heard mumbling that the CDC said that it's safer.

"How come you ain't dead yet," the man asks.

"Take it off!" the man says before the video cuts off.

The interesting part of the video is that it was the woman who appeared to be filming their attack on the kids. She had to have uploaded it to social media to further attack the youth.

The people in the video are following the instruction of Fox News host Tucker Carlson, who told viewers on April 26 that they should accost Americans they see wearing masks and call 911.

"So the next time you see someone in a mask on the sidewalk or on the bike path, do not hesitate," Carlson told his audience. "Ask politely but firmly, 'Would you please take off your mask? Science shows there is no reason for you to be wearing it. Your mask is making me uncomfortable.'"

At the time, former FBI Agent Asha Rangappa tweeted about how dangerous it was to instruct his audience to do this. Clearly, the people were more agitated and confrontational than Carlson told them to be and they didn't appear to call the police or child protective services.