American relays horrifying story of her husband trying to escape Afghanistan: 'There are dead bodies everywhere' 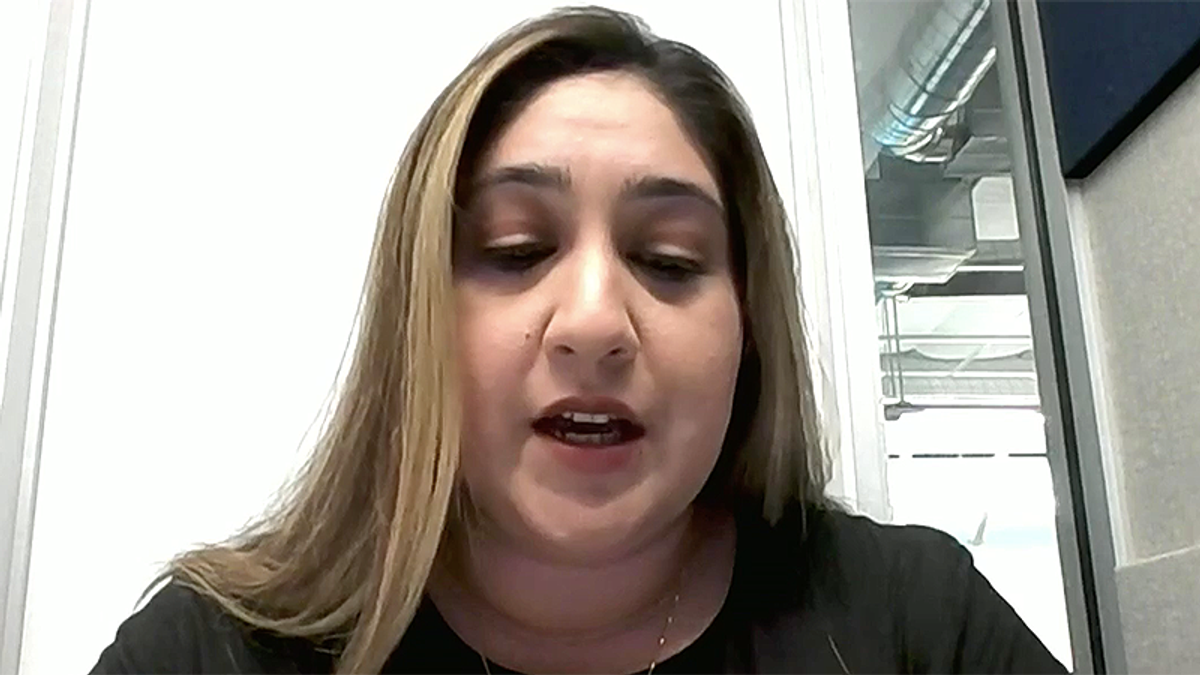 Zorah Aziz, who is working to get her husband out of Afghanistan (Photo: Screen capture)

After a briefing by Secretary of Defense Lloyd J. Austin and Gen. Mark Milley, MSNBC spoke to Zorah Aziz, who is working to get her husband out of Afghanistan.

She described the organized way that Germans currently in Afghanistan have managed to have a meeting place for areas of the country where they can then transport their people safely to leave the country. But for Americans or Afghans authorized to leave with Americans, that isn't available.

In the case of Aziz's husband, however, he keeps going to the airport and isn't being put on a plane.

"I got off the phone with him half an hour ago and pushed through a little which is some good news," she said. "Unfortunately he's petrified, devastated. Telling me there's bodies everywhere. There are bodies everywhere.

"What do you mean by bodies everywhere?" MSNBC's Ayman Mohyeldin.

"Dead bodies there on the ground," she explained.

"On the streets of Kabul where he is?"

"No, at the airport. At the airport where he is pushing through to get to the plane. There's bodies everywhere," she continued. "We are talking about days at the airport. He needs to go home and charge his phone real fast and sleep and it's hard going back and forth. He's scared. He has gotten stopped at the checkpoints a few times. He keeps his mom in the car with him so they don't question much when there's a woman in the car. But yeah, he is getting to the airport. We got a -- they got an email last night with guidance and told us to get to the airport before 8:00 a.m. and they should make it on the airplane but there's no guidance. He said he is hopping over cars trying to get to the plane. Trying to get to an American to help him."

For others who have been working with the U.S. on their visa paperwork for months, Congress stepped in to help move the process along for those there. The problem, however, is that the Embassy staff helping with that are at the airport. People can't get through the Taliban checkpoints without the documents that they can't get unless they go to the Embassy staff at the airport.