WATCH: Agitated anti-masker gets confronted by store customers after trying to 'ram' manager with a cart 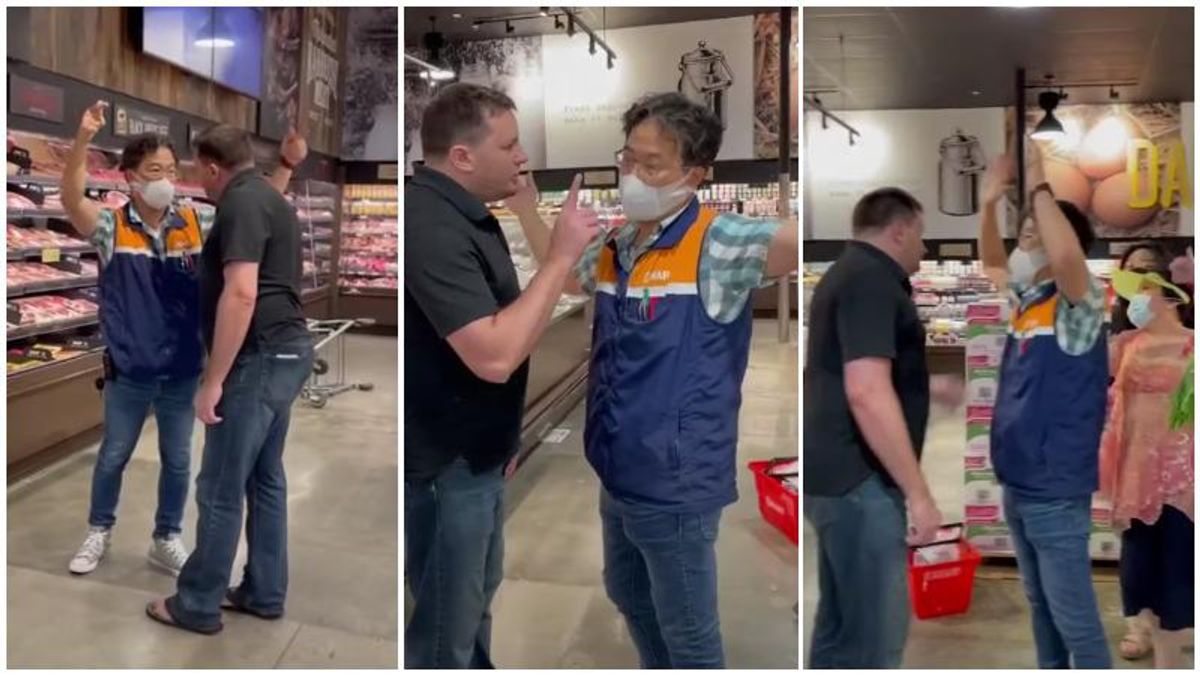 A video that went viral this past week shows a combative maskless man in a Korean supermarket in California being confronted by the store's manager and customers.

According to NextShark, the incident was caught on video on Aug. 6 by Emilie Tan, who was shopping at the store with her boyfriend. Tan says the man was already visibly agitated when she started recording. The man reportedly refused to leave and didn't want to wear a mask.

Tan says the man shoved a cart and flipped it in the direction of the manager "in an attempt to ram him." That's when three customers tried to intervene, prompting Tan to take out her phone and start recording.

"I started filming when I noticed an immediate change in the man's expression and body language. He began directing his hostility toward the women," she said.