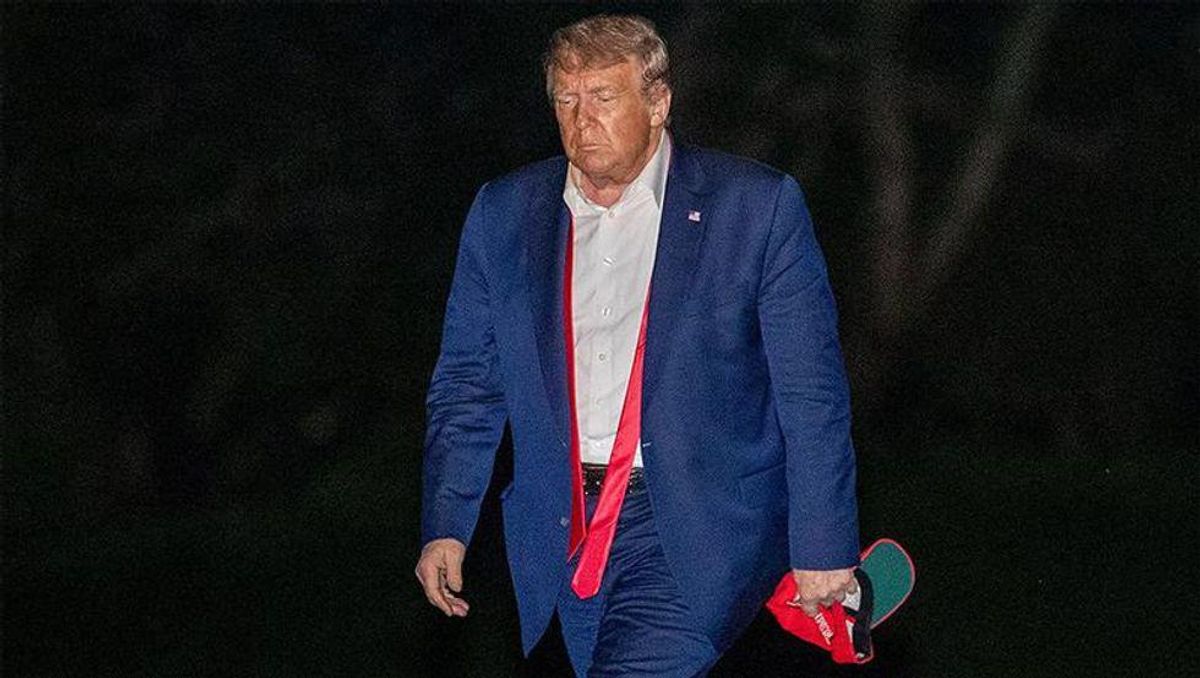 Multiple sources close to former President Donald Trump have expressed alarm at his belief that he's going to be "reinstated" as president later this year -- and a new report from CNN claims that his advisers fear his obsession with conspiracy theories is making him irrelevant.

One source close to Trump said that his fixation on his supporters' "audit" of Arizona ballots has been slowly draining him of political potency, much like "a slow leak of a balloon that is now laying on the floor."

The situation has gotten so dire that top allies including Sen. Lindsey Graham (R-SC), Newt Gingrich, Sean Hannity and former chief of staff Mark Meadows have made a full-court press to get him to stop obsessing over the 2020 election for fear that he will alienate a key slice of voters they need to win the 2022 midterm elections.

"The conspiracy theories and election fraud rhetoric are helpful for keeping a certain audience engaged but they do virtually nothing to move other voters -- especially those who care about pocketbook issues -- into our column," one source explained.

Another source close to Trump said that having him go around the country ranting about purported "fraud" in the 2020 election could doom the party's campaign to retake Congress next year.

"No, I don't think it's wise to let him spend the next 17 months talking about how our elections are rigged ahead of a midterm election where turnout is going to determine how well Republicans perform," the source said. "We all saw what happened in Georgia."