Trump pressing aides on how to get an airport named after him: report 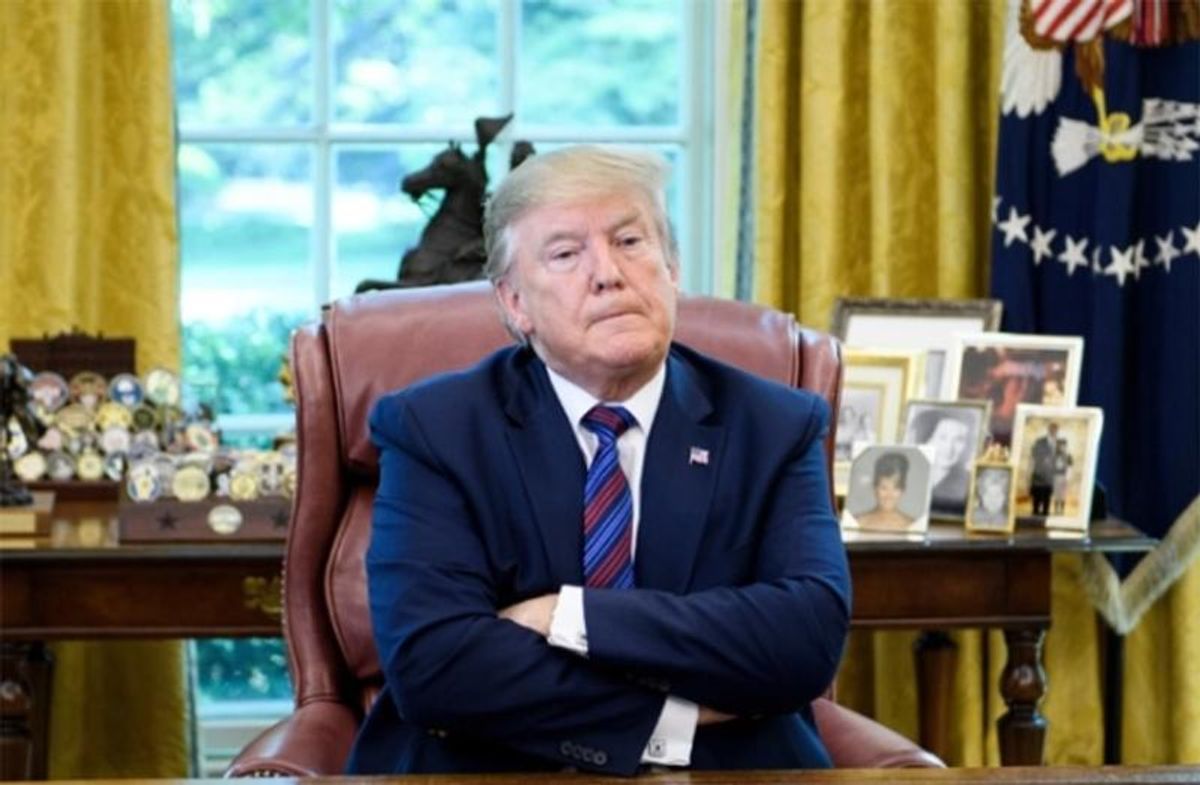 According to a report from the Daily Beast, Donald Trump is now looking past leaving the White House and querying close aides on what he has to do to get an airport named after himself as part of his legacy.

The president -- who has made a career of slapping his name on buildings and a multitude of products including a failed university and bottles of wine -- reportedly believes his four years in office is worthy of being honored with an airport naming and has been asking how he goes about making it happen.

As the Beast's Asawin Suebsaeng reports, two aides admitted that the president has been sending out feelers, which also include making sure the airport chosen doesn't have "a bad reputation or crumbling infrastructure," and asked if paperwork is needed to get the process rolling.

"Trump's focus on airport namings suggests that his mind has begun to wonder towards the ceremonial elements that accompany life after the presidency," the report states. "It also shows that his infatuation with having pieces of infrastructure emblazoned with his name hasn't faded at all with his time occupying the single most powerful position in the world."

The report goes on to note that the president is enamored with the idea of "a national or international airport in the United States named after Donald J. Trump,'' along the lines of Reagan National Airport in Washington, D.C. Suebsaeng also reports his one White House source claimed "they'd once heard President Trump ramble about what kind of Navy aircraft carrier he'd want commissioned and christened as the "USS Donald Trump" in the years following his time in office."

According to the report, the president is basing his hopes on an airport-naming on a belief that there will be local or state lawmakers who will continue to remain in his camp and will wage a campaign to honor him.