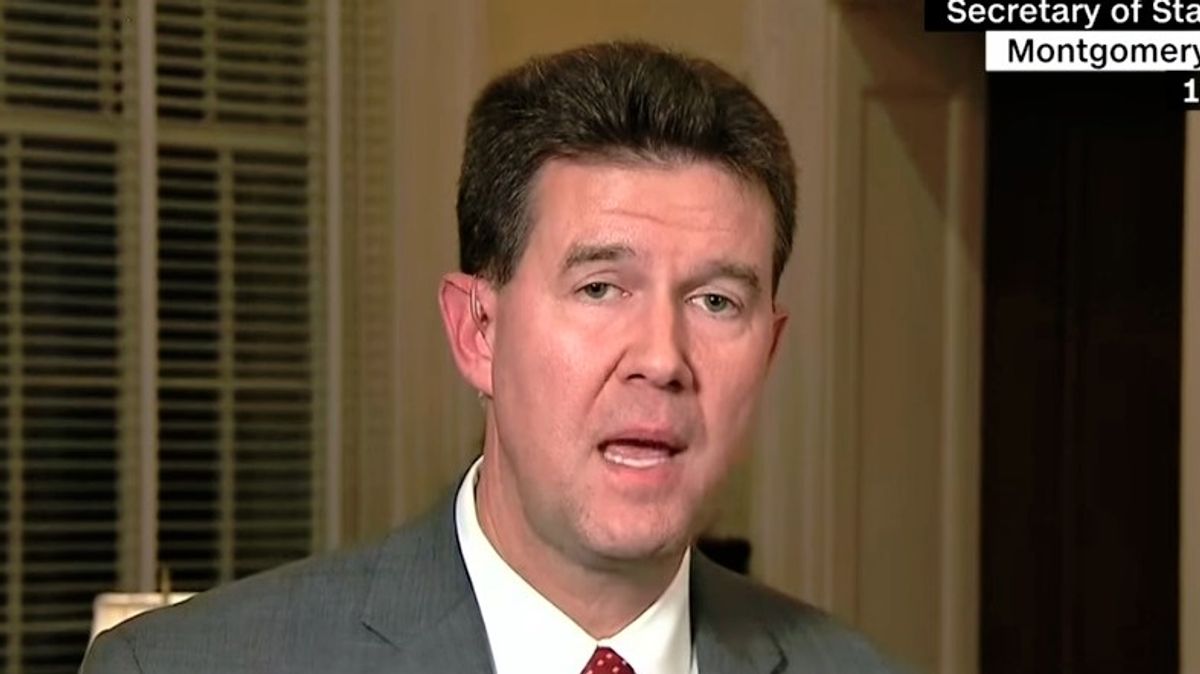 On Wednesday, AL.com reported that Alabama Secretary of State John Merrill, long thought to be a key candidate for Senate in 2022, confessed to having an "inappropriate relationship" with a 44-year-old woman named Cesaire McPherson — and said he would be withdrawing his name from consideration.

"I will obviously not be a candidate for the United States Senate nor will I be seeking any other elected position in 2022, because I think it's important to me to make sure that I become the man that I have been before and that I am working to put myself in the position to be the leader that I have been before, as a husband, as a father, as a friend and as an elected official," said Merrill.

The confession — just hours after he denied the affair and accused McPherson of "stalking" him — came after McPherson "provided Al.com with a recording of an October 2020 conversation between her and Merrill" in which they "discuss various sexual acts they performed during dozens of romantic encounters that McPherson says took place between November 2017 and November 2020," reported Connor Sheets and Kyle Whitmore.

In the conversation, Merrill appeared to try to end the affair, telling McPherson "they had met for the last time and that he was seeking help from the Lord to stay away from her," according to the report.

Merrill's exit from the race creates a clearer path for Rep. Mo Brooks, a controversial Alabama lawmaker who has sought to block the results of the 2020 election and spoke at the January 6 rally leading to the violent invasion of the U.S. Capitol.

Sex scandals have frequently derailed the careers of Alabama GOP politicians, including former Gov. Robert Bentley, who had an extended affair with one of his top political strategists, and former state Chief Justice Roy Moore, who faced multiple allegations of child molestation while running for Senate.