"Walk us through," said sit-in anchor and former GOP chair Michael Steele. "What do we know here?"

"That's about $50 million that Alex Jones will have to pay out to these families in the first of three defamation cases from Sandy Hook parents," said Collins. "This is just for two different families. And this is a trial set in Austin, Texas, not Connecticut like the next one will be. This is a lot of money for Alex Jones. It's alleged that he makes somewhere upward of $800,000 a day. Still, $50 million to lose in two days is a tremendous amount of cash. The plaintiffs were asking for $150 million, that's a third of this. Punitive damages normally don't go 10 times the amount of compensatory damages. But that's what Alex Jones is dealing with here, that's the payout of $50 million."

"Now, he will grovel and he will beg for more donations through Bitcoin and he will try to sell some more supplements on this, but that's a lot of supplements," said Collins. "$50 million in supplements is a tremendous amount of Brain Force Plus that Alex Jones is going to have to sell to make this up" — a reference to a widely-ridiculed supplement sold through Jones' InfoWars Life brand that promises to improve brain function.

Jones' trial was by all accounts a disaster for the webcaster, who was accused of perjury by opposing counsel after his own lawyers accidentally leaked the entire contents of his phone.

Watch below or at this link. 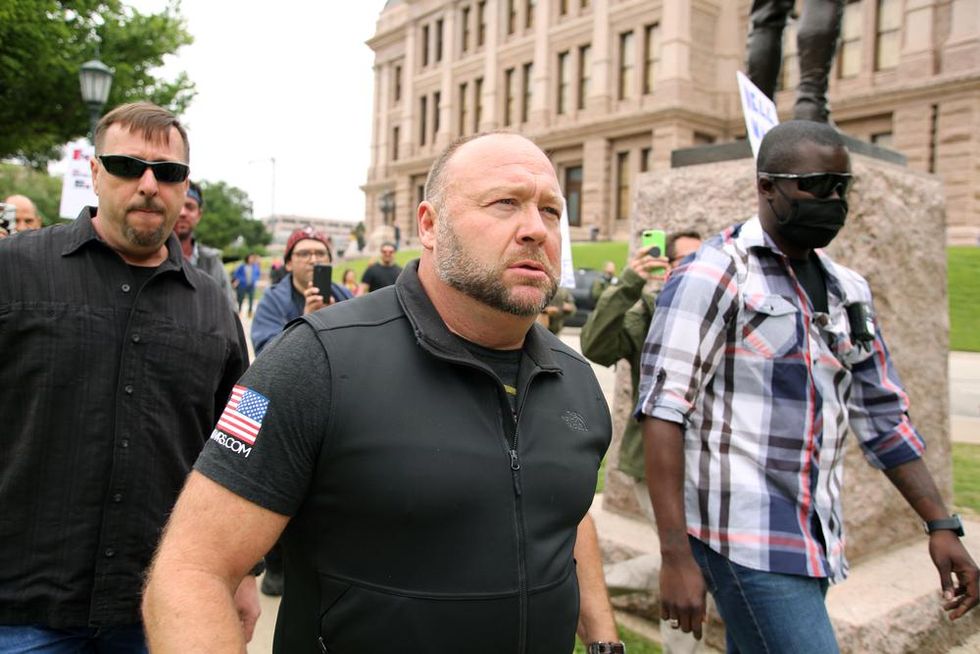