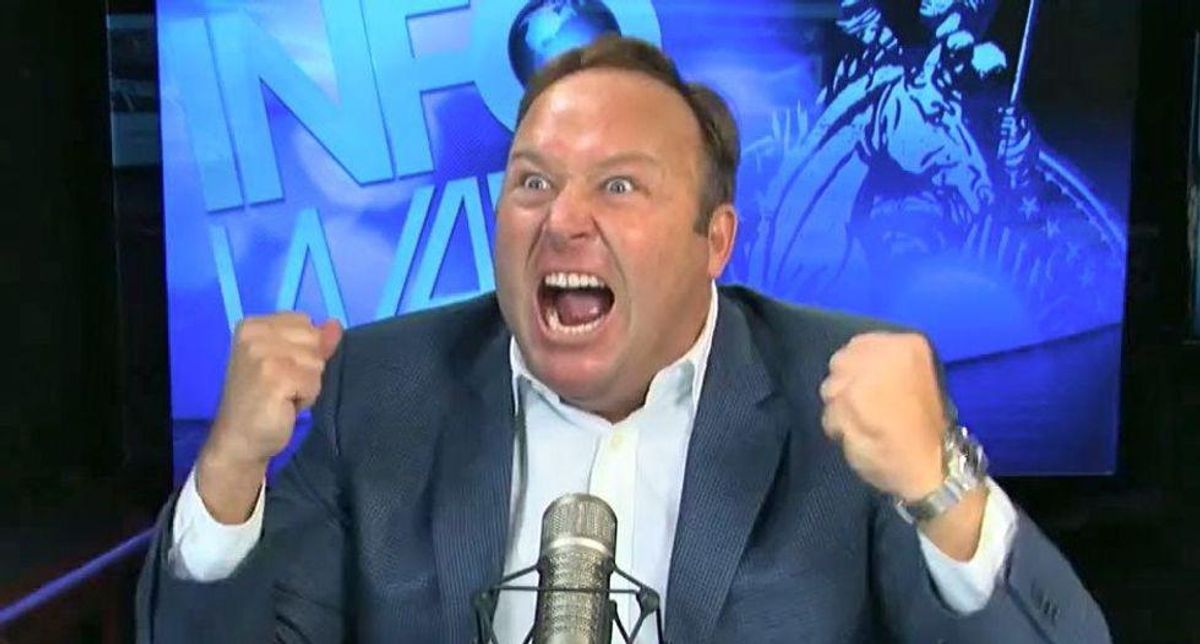 InfoWars founder Alex Jones watched his final hope of overturning a judge's ruling in a defamation case go down in flames on Monday.

The Associated Press reports that the United States Supreme Court has declined to hear Jones's appeal of a ruling by Connecticut Superior Court Judge Barbara Bellis, who ordered Jones in 2019 to pay some legal fees of families who lost their children during the Sandy Hook Elementary School massacre that Jones infamously declared was a hoax.

The judge made the ruling against Jones after violating multiple orders to turn over documents to the Sandy Hook families' attorneys, as well as for going on an angry tirade on his show about one of the families' lawyers.

"The families and an FBI agent who responded to the shooting, which left 20 first-graders and six educators dead, are suing Jones and his show over claims that the massacre was a hoax," the AP notes. "The families said they have been subjected to harassment and death threats from Jones' followers because of the hoax conspiracy."

Jones attorney Norman Pattis told the AP that forcing his client to pay the families' legal fees was a serious blow to the First Amendment of the United States Constitution.

"Mr. Jones never threatened anyone; had he done so, he would have been charged with a crime," Pattis claimed. "We are inching our way case-by-case toward a toothless, politically correct, First Amendment."