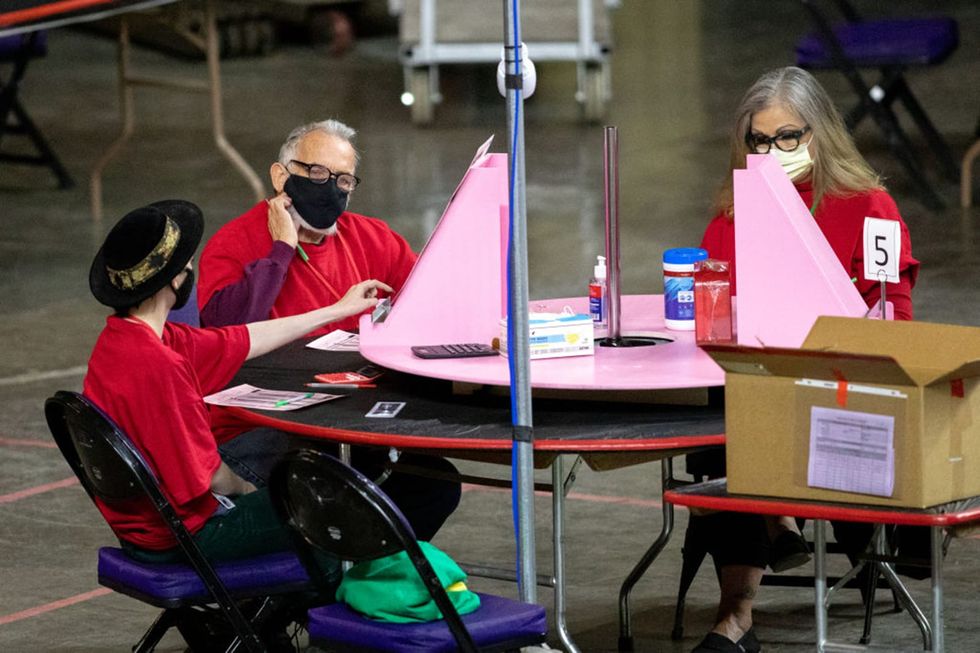 Contractors working for Cyber Ninjas, who was hired by the Arizona Senate, examine and recount ballots from the 2020 general election at Veterans Memorial Coliseum on May 1, 2021, in Phoenix. - Courtney Pedroza/Getty Images North America/TNS

PHILADELPHIA — Pennsylvania now stands to become ground zero in the movement to “audit” the election after former President Donald Trump’s efforts to discredit the 2020 election results failed in Arizona. A monthslong partisan review in Arizona affirmed President Joe Biden’s victory there, according to findings made public Friday of the so-called “forensic audit” of the election results in Maricopa County, a linchpin county. That review had been widely criticized by experts for failing to follow best practices and was led by a company called Cyber Ninjas that had no previous experience with el...