WATCH: Woman says she was assaulted outside grocery store over 'Abolish ICE' sticker on her car 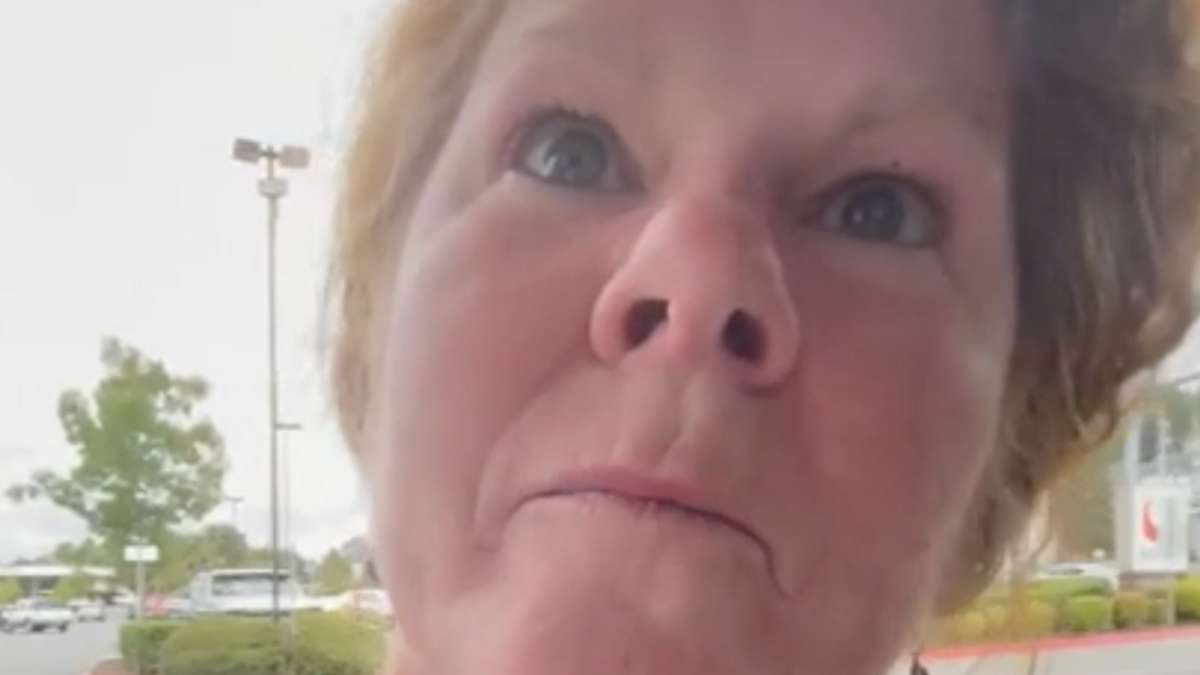 An Oregon woman claims she was assaulted outside a grocery store in a dispute that stemmed from an "Abolish ICE" sticker on her car.

Alyssa Cuellar, who posted video of the attack on Facebook, said it began when she was walking into the Safeway in Astoria, Oregon, on Sunday evening. A man who was walking out noticed the sticker on her car and said, "Abolish ICE? F**ck you, you little c*nt," she said.

Cuellar said she then began to film the man because she feared he would damage her car. That's when the man's wife — whom she identified as Moe Darling, also a Marine veteran — walked out of the store and confronted her, before eventually assaulting her.

"What started with me filming for my own safety, led to me being sore & beat up, along with her damaging my phone, along with physically attacking me and breaking my keys, along with my wallet and an attempt at breaking my glasses," Cuellar wrote. "She ended up physically pulling me down to the cement after I finally regained my things she had previously scattered and broke, and proceeded to scratching my chest, my back, my glasses on the cement, my knee which is also now swollen and bruised. She then told me it was because of my choice in supporting BLM and 'the liberals,' that this happened to me & I should take it as a lesson."

Cuellar's video begins with McLeod standing in the distance, near her car, yelling "F*ck you!" at her as she films from outside the entrance of the store.

Darling then walks out of the store and confronts Cuellar, asking what she's doing. When Cuellar explains that she's making sure the man doesn't damage her car, Darling responds, "You're a f*cking c*nt. He's not going to touch it. ... F*ck off!"

Cuellar then tells Darling, who is apparently accompanied by her daughter, that she's setting a "great example" for the girl. Darling responds by saying, "It is a great example that you're harassing my husband. Go in the store and stay the f*ck away from my husband!"

When Cuellar asks what Darling's goal is, she responds, "It's called loyalty. Get the f*ck away from him!"

"It's called you're racist," Cuellar responds, prompting Darling to get right up in her face.

Cuellar then points out to Darling that her husband is standing directly behind her. Darling begins to walk away with her husband toward the parking lot.

"I didn't do anything. They just started harassing me for no f*cking reason," Cuellar says to a bystander, prompting Darling to turn around and walk toward her saying, "You started the harassment!" before knocking the phone out of her hand.

A struggle ensues, and most of the altercation is not visible on camera.

"Get the f*ck away from me!" Cuellar can be heard saying amid the chaos, as the camera briefly shows Darling kneeling on the sidewalk.

When a bystander says that Darling instigated the altercation, she claims, "I didn't touch her!"

Cuellar can then be heard sobbing as she walks away. "I'm going back to my car. I'm trying to get to my car," she says.

According to Cuellar's post, Darling "works with disabled children, and has fired a previous employee of hers due to her getting vaccinated." She also said McLeod is a realtor in Long Beach, Washington.

"I'm very glad it was me that had this encounter rather than a person of color, or someone more vulnerable," she wrote. "And I only thank god neither her or her husband was armed, because with this anger who knows what they'd have done to me."

Cuellar, whose husband is an immigrant, told the International Business Times that she suffered a concussion in the attack, and plans to take legal action against Darling.