‘An ever-ticking clock’: we made a ‘time crystal’ inside a quantum computer

You probably know what a crystal is. We’ve all seen one, held one in our hands, and even tasted one on our tongue (for instance sodium chloride crystals, also known as “salt”).

Let’s start there. Computers are all around us. Some are compact, portable and primarily used to stream Netflix, while others fill entire rooms and simulate complex phenomena like the weather or the evolution of our Universe.

Regardless of the details, on a fundamental level computers all have the same purpose: processing information. The information is stored and processed in “bits”.

Any physical system with two identifiably distinct states (call them “0” and “1”) can serve as a bit. Connect lots of bits together in the right way and you can do arithmetic, logic, or what we generally call “computation”. 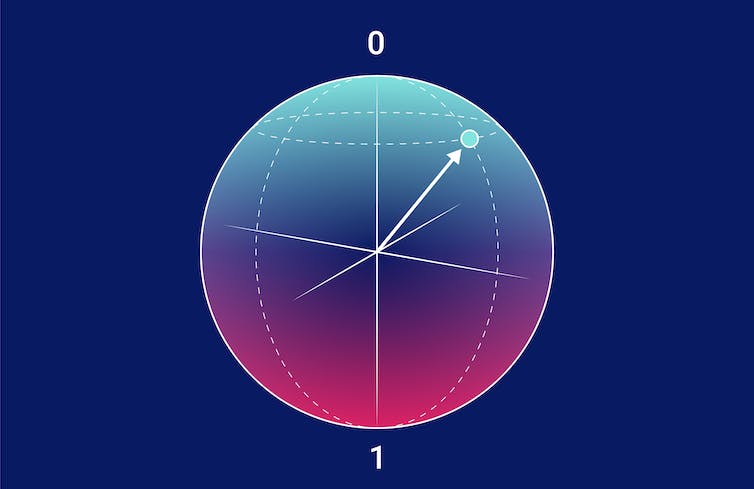 A conventional bit can take the values of 0 or 1 - but a quantum bit or qubit can take on a range of complex values in between.

Now, it turns out that the physical world on a very fundamental level is governed by the strange rules of quantum physics. You can also make a quantum version of a bit, called a quantum bit or “qubit”.

Qubits can also be described in terms of two states, “0” and “1”, except they can be both “0” and “1” at the same time. This allows for a much richer form of information processing, and hence more powerful computers.

What can we do with quantum computers?

Much of the current research in this area is focused either on building a working quantum computer – a challenging engineering task indeed – or on designing algorithms to do things we can’t manage with our current, classical computers.

Our research, however, is focused on an application first envisioned by the famous US physicist Richard Feynman more than 30 years ago: to use quantum computers to conduct research in fundamental physics.

As theorists, we typically use a combination of pen-and-paper mathematics and computer simulations to study physical systems. Unfortunately, conventional computers are very ill-equipped for simulating quantum physics.

This is where quantum computers come in. They are already quantum in nature and can, in principle, behave like any quantum system we wish to investigate.

Using IBM’s quantum computer we were able to achieve precisely that, turning it into an experimental simulator to create a novel state of matter, just as envisioned by Feynman. This machine is located in America but can be accessed remotely by researchers around the globe.

Being able to access quantum computers from anywhere in the world represents a major shift in this kind of quantum research.

The special type of quantum system we created is called a “time crystal”.

I hope you will not be too disappointed when I say you will probably not get to hold one of these in your hands any time soon. But maybe we can at least understand what a time crystal is!

The crucial idea here is that matter exists in different “phases”, like the three familiar phases of water: ice, water and steam. A material can have very different properties depending on which phase we find it in. 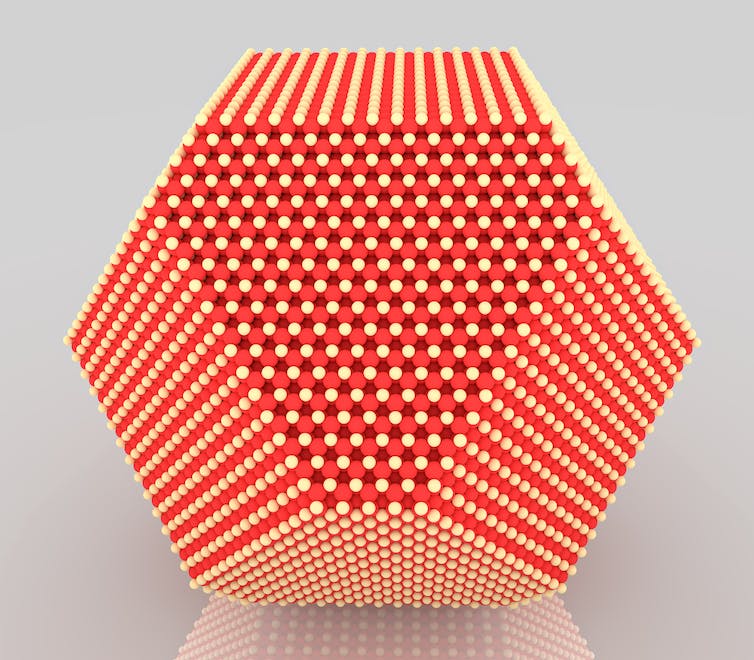 Now a conventional crystal – we might actually call it a “space crystal” - is one such phase of matter. Crystals are characterised by a very regular arrangement of particles in space.

In a time crystal, particles are not only arranged regularly in space, but also in time. The particles move from one position to another and back again, without slowing down or losing energy.

Now this is truly different from what we usually deal with.

The types of phases we normally encounter all have on thing in common: they are in “thermal equilibrium”. If you leave a hot cup of coffee sitting on your desk it will transfer heat to its surroundings until it reaches the same temperature as your room, and then it stops and no changes happen from then on.

If you carefully add a layer of cream to your – now unfortunately cold – coffee and begin stirring, you will see changes happen in time. Coffee and cream will mix in beautiful swirls until the whole thing turns into a uniform light brown liquid, and nothing really changes after that. 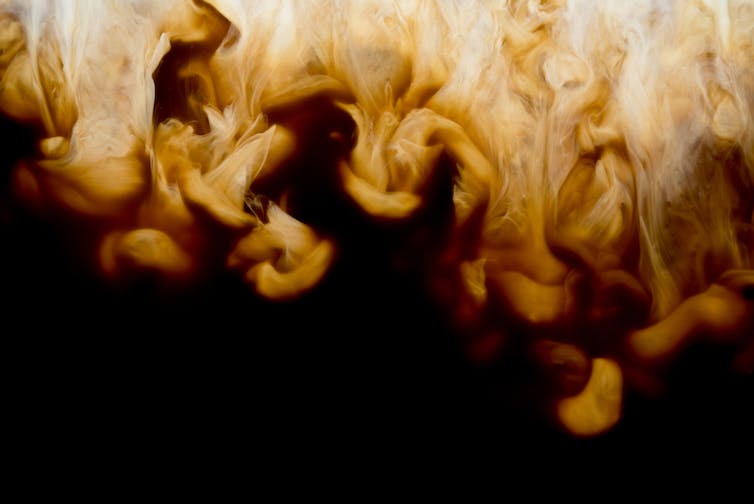 Coffee and milk mixed together will create beautiful swirls before eventually reaching a uniform light-brown equilibrium.

These are examples of “equilibrium”. The common theme is that things in equilibrium do not change over time.

Our time crystal violates this condition. It actually keeps changing indefinitely, for all eternity, without ever reaching equilibrium.

A loophole in the laws of thermodynamics?

A time crystal therefore constitutes an out-of-equilibrium phase - in fact, it is one of the first examples of such a strange state of matter. It is essentially like an ever-ticking clock that neither loses energy, nor requires a supply of energy to keep going.

This seems dangerously close to a perpetual motion machine, which would violate the laws of thermodynamics.

But the first law of thermodynamics – which says energy is not created or destroyed - is not in any danger here, as we can’t extract energy from a time crystal while also keeping it running.

The second law states that things left to themselves can only become more disordered over time. This concept is probably all too familiar to anyone with kids or housemates.

But there is a loophole. The second law forbids things from becoming more ordered with time, but it doesn’t say they can’t maintain their current level of disorderedness forever.

In everyday life, we don’t see this loophole in action. It is the equivalent of stirring away at your coffee and cream and finding that the swirling tendrils of cream never fully mix with the coffee.

This is what time crystals do. We don’t see it in everyday life because it really is a quantum phenomenon.

Quantum computers are still in their infancy. But as they improve they will allow physicists like us to improve our fundamental understanding of nature.

This in turn may translate into technological innovation, just as the physics of the last century enabled the digital revolution that shapes our lives today.

Quantum computers provide a platform for physicists to engineer and investigate novel states of matter that cannot be found in nature. Time crystals just mark the beginning of this exciting endeavour.