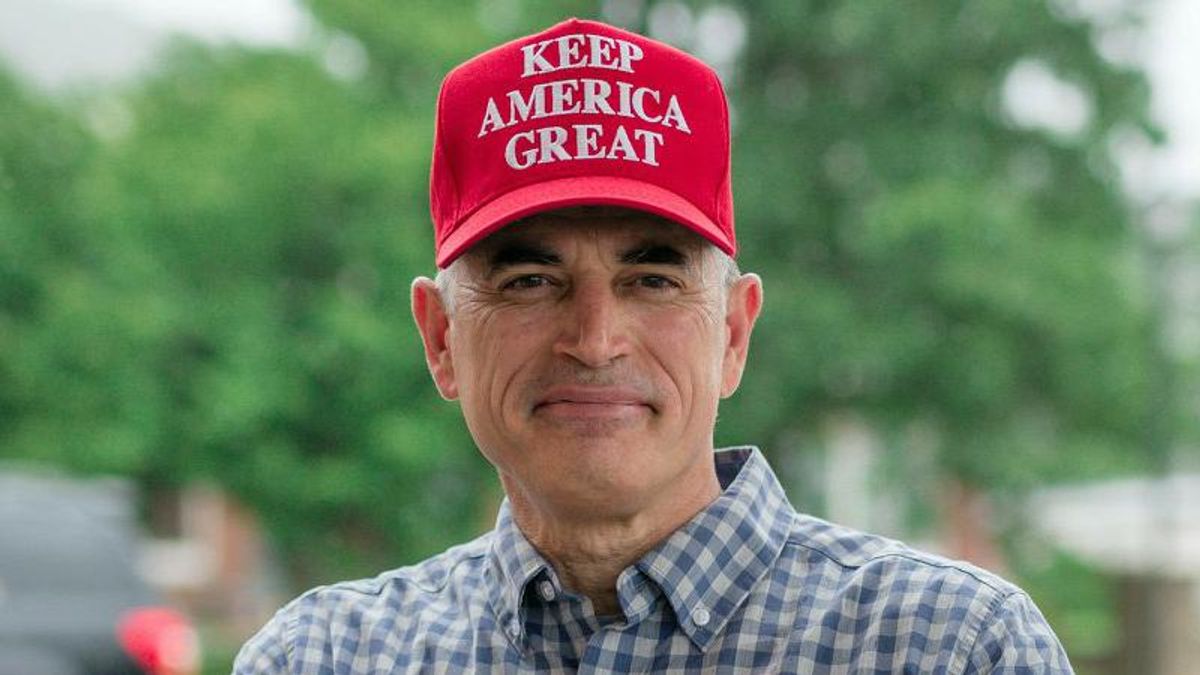 "There was no insurrection," Rep. Andrew Clyde falsely claimed during a House Oversight and Reform Committee hearing. "And to call it an insurrection, in my opinion, is a bold-faced lie."

"Watching the TV footage of those who entered the Capitol and walked through Statuary Hall showed people in an orderly fashion staying between the stanchions and ropes taking videos and pictures. You know, if you didn't know the TV footage was a video from January the sixth, you'd actually think it was a normal tourist visit," he argued.

"How's that for propaganda? I mean, that kind of statement would make George Orwell blush," he said.

"So why is Congressman Clyde's statement as dangerous as it is idiotic? Well, first of all, he's plainly giving aid and comfort to those who attacked the U.S. Capitol on January 6th," Kirschner said. "But even more importantly, but making those statements, he has made himself a star witness — a marquee witness — in the upcoming trials of those individuals who attacked the Capitol on January 6th."

He laid out why he anticipated Clyde would be the first witness called by defense lawyers in upcoming trials.

He said "that kind of testimony would be absurd, it would be propaganda, it would be false," but went on to suggest it could influence a juror to have reasonable doubt.

"You know, if Congressman Clyde testified that way — the same way he just spoke to the American people during a congressional hearing — he would be probably on the hook for perjury, obstructing justice, accessory after the fact," he said. "But let's face it, Congressman Clyde was willing to lie to 360 million Americans in that congressional hearing, so might he be willing to lie to 12 jurors in the jury box about what happened on January 6th?"

"You know what folks, I have a feeling justice might be waiting around the corner for a guy like gun salesman turned congressman, Andy Clyde," Kirschner concluded. "And justice, matters."