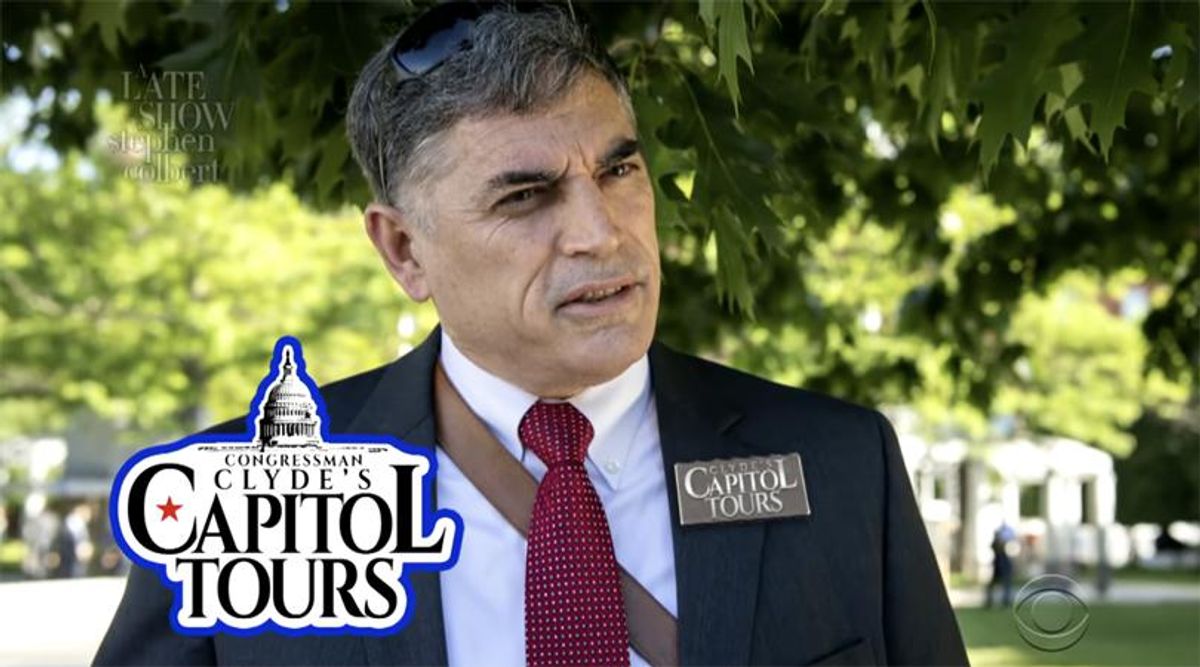 Rep. Andrew Clyde (R-GA), who was widely mocked for describing the Capitol rioters who sent lawmakers fleeing on Jan. 6th as "tourists," was buried in ridicule in a parody ad produced by "The Late Show" that portrayed him giving tours to violent right-wing militias.

The ad took specific aim at Clyde's comment stating, "Let me be clear: There was no insurrection. And to call it an insurrection, in my opinion, is a bold-faced lie."

In the ad, the narrator excitedly touts "Fun for the whole militia" for families signing up for "Congressman Clyde's Capitol Tours."

Clyde later fled reporters questioning his comments, saying that were taking his words out of context.