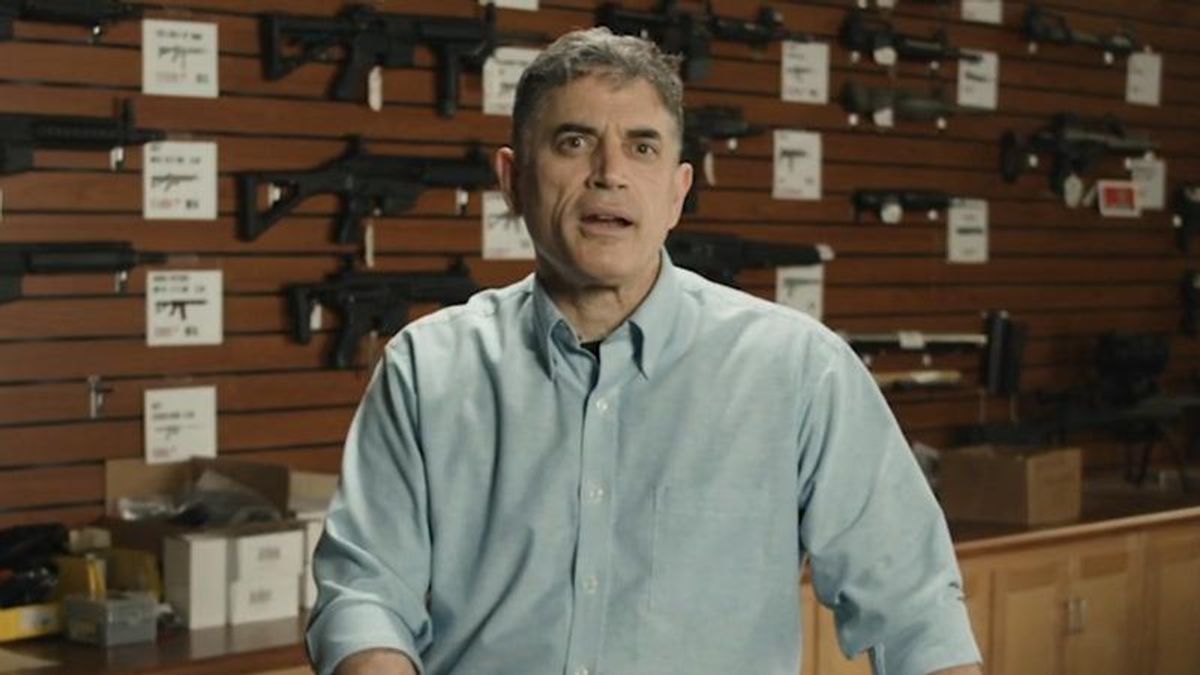 "While my team and I continue to await an announcement of a fine levied on the Speaker, we are preparing for the next stage of this fight. I will take my case to federal court where I am confident justice will be served," Clyde said in a statement.

"Clyde had previously stated that he had intentionally bypassed the metal detectors, which were installed after a throng of Trump supporters violently occupied the Capitol in early January for several hours, in order to set up a court challenge.

"I did that so we would have legal standing to take the case to federal court, and that's exactly what I'm going to do," he told Fox News in March. "People have to stand for the Constitution.'"

Among Clyde's pro-gun credits, he introduced a bill last month to shorten the waiting period for gun purchases from three business days to three calendar days. Clyde made so secret as to his motivation for the bill, as reported by the Gainesville Times.

Next to trying to eliminate all background checks, Clyde's stand against metal detectors seems to pale in importance. But Clyde is hardly alone in raging against even a basic security measure involving guns.

""A number of Republicans have bristled at the enhanced security measures installed by House leadership in response to the insurrection, arguing that they are unnecessary and intrude on their ability to carry out official duties. Rep. Louie Gohmert (R-Texas) has also been fined for going around House metal detectors and, like Clyde, has had his appeal rejected by the House Ethics Committee," Politico reported.

"After the metal detectors were stationed outside the House chambers, several Republicans were observed trying to go around them, set them off without stopping or argue with Capitol security officials about the matter. U.S. Capitol Police also opened an investigation in January into whether one GOP House member had tried to bring a firearm onto the floor.

"As part of the sweeping changes enacted by House Speaker Nancy Pelosi in the aftermath of the Jan. 6 riot at the Capitol building, members can be subjected to hefty fines — $5,000 for the first violation and $10,000 for additional infractions —for avoiding the metal detectors. The fines are deducted automatically from lawmakers' paychecks."

Clyde, a U.S. Navy veteran, is a freshman congressman, elected to the seat that Rep. Doug Collins vacated to run for U.S. Senate. His district adjoins that of Rep. Marjorie Taylor Greene.